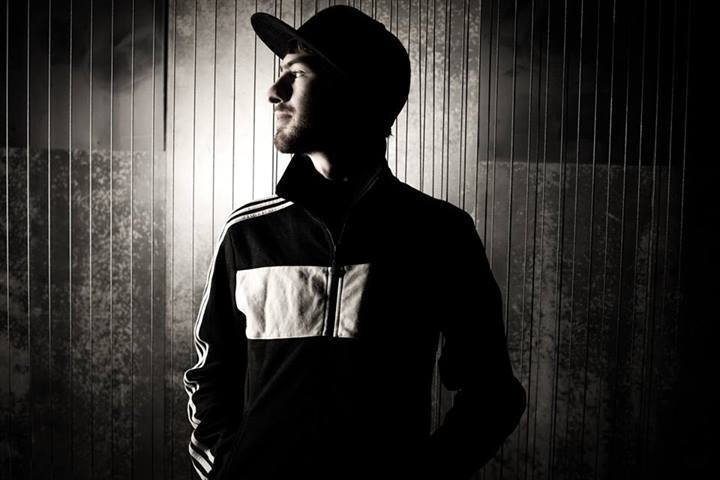 TSIS's Nick Guarino recently had the pleasure of sitting down with Mat Zo to discuss his debut album Damage Control, that is now available worldwide. Mat Zo granted us an exclusive inside look into the natural origin of the album, detailed stories on how some tracks came to life, and upcoming collaborations he has in the works, his thoughts on the Beatport Top 100, Bottle Service Culture, The Golden Age of Producer that is upon us and more. The UK native who now resides in LA has left the title for his album up for interpretation, but agrees that he will be causing Damage Control on the often stagnant electronic world. Listen to the album here, and read our intimate interview with Mat Zo below the player.

TSIS: Your debut album ‘Damage Control” includes over 15 tracks while other producers strictly releasing single after single, what inspired this bold statement?

MZ: It wasn’t really a conscious move to be honest. It was more for myself to experiment with new sounds and produce music that differs from my previous releases.  Writing this album has been long process over the past 4 years and most of the tracks on the album now aren't the same ones I started with back then… they've all evolved into different pieces and bits.

"This album is my brains translation of everything that I'm into."

TSIS: The album features not only Electro House, Trance, Drum & Bass, but Hip-Hop and Rock influences. Is this your life time of influences all conveyed into one cohesive project?

MZ: Yes. This album is my brains translation of everything that I'm into. After listening to a bunch of different genres over the last few years, 'Damage Control' features the output of what I've made from hearing those styles of music.

READ THE FULL INTERVIEW AFTER THE JUMP HERE

TSIS: What is the meaning of the album title? We personally thought ‘Damage Control’ was an ode to the amount of genres featured in the album and a warning to the rest of the electronic music community.

MZ: There are multiple meanings. It could be interpreted as 'Damage Control' to the electronic music scene and shows that you don't have to make one style of music to inspire other people to try out different genres.  I'd rather have the listeners determine their own meaning of the album after listening in its entirety.

TSIS: There are a few tracks such as ‘Like It Used To Be’ and ‘Moderate Stimulation’ that are 2 minutes or less in length on the album that we really became a fan of, but it seemed like they just ended abruptly. Can you dwell on why you created them in such a manner?

MZ: Some of them were longer tracks and were shorten down into interludes. The reason why is due to listening to old hip-hop records that included interludes and I really wanted to put a few into this album. They were actually some of my favorite tracks on the album. I  am more proud of those then a lot of the other tracks you hear.

TSIS: Is featuring eclectic interludes a direction we can expect from you in the future?

MZ: I think the interludes were very particular to the style of  this album. As of right now, I don't know for sure if albums in the future will have that same sort of structure. Though I do enjoy making little stuff like that… don't be surprised if  see something down the road.

TSIS: We recently premiered your song ‘Time On Your Side’ featuring Janai that's featured on the album. Can you talk about how this collaboration came to happen?

MZ: I first heard the 2011 collaboration between singer Janai and producer Dusky ‘Lost In You’ and knew I had to work with her. We had a song at first then ended up recording new vocals to make it perfect. After hearing the new vocals, I ended up making a completely new 90’s inspired soulful tune that we hear on the album.

TSIS: When we heard 'EZ', the follow up to the track 'Easy' with Porter Robinson, the ending caught us a bit off guard. What was your goal with that track and what inspired the abrupt change in pace for the 2/3rd of the song? Do you have any plans to followup “Easy”?

MZ: The track 'EZ' was like the original version of 'Easy' before I asked Porter Robinson to work on it with me and we added the heave break towards the end. It was originally intended to be how 'EZ' is structured.. more like a garage-y, bassy UK track. Out of the original, Porter and I heard an opportunity to make the the track more upbeat.

TSIS: Do you have any further plans to do anymore collaborations with Porter Robinson?

MZ: We haven't really talked about working together, but I'd like to collaborate with him again. It's basically the matter of getting us both in the same space at the same time which is rather difficult.

TSIS: On the album, you were able to work with the prolific Chuck D of Public Enemy on your song 'Pyramid Scheme' How did the experience come about and where you able to meet him in person or did communication take place over the internet?

MZ: Unfortunately, the collaboration was all set up through management. I sampled a Public Enemy track and instead of clearing the sample, Chuck D agreed to a re-think. We didn't meet until long after its release, but it was for a brief moment at a concert and we didn't have much time to talk because of a performance. I would like to work with him again… he's definitely a legend that anyone would want to work with.

TSIS: Are there any other rappers you would like to work with?

MZ: I would love to do something with MF Doom… or KRS-One or Del the Funky Homosapien. I like their "real hip-hop" aesthetic.

TSIS: Tell use more about some of the other featured artists on the album that are lesser known by many?

MZ: ‘Hurricane’  is actually a remake of a song from a band that I produce for called ‘Eyes That Lie’. I might do more stuff with them in the future.

TSIS: Are there any other electronic music artists you have upcoming collaborations with?

MZ: I've already started a track with Kill The Noise which is quite underway; the track has to be finished by January, but its very close to completion. I also have a track with Arty underway that is due in January as well. I have a 99% finished track with drum n bass producer High Contrast and they just need to get some samples redone. Hopefully that will be out soon.

TSIS: You've been influenced by music since such a young age, when did it transition from a hobby to a job?

MZ: I've been DJing ever since I finished school at 17. It was a really quick transition for me. Producing still feels like a hobby, because I don't make money from the tracks I create. The job is really DJing, because of the hours you spend traveling and performing across the world. I really enjoy DJing. But sometimes you have horrible gigs and ask yourself "Why am I doing this", but then you have a good one and you remember why. I definitely don't want to be Djing when I'm 40, but for the time being I enjoy it.

TSIS: To support your album, you will be headlining a 24 Date 'Damage Control' Tour in North America. Tell us more about the aspect of showcasing your music in front of fans and the support your bringing for the tour.

MZ: After the last bus tour I went on with Porter, I really wanted to partake in another tour styled like that. We decided it was the best time to go on a long bus tour to promote the new album across North America and I'm really excited about this endeavor. We get to bring along some other artists that have inspired me over the last few years as well. I've been friends with Norin & Rad and Matt Lang for quite some time, they are both extremely talented producers/DJ as well and I'm exited to hang with them. Treasure Fingers and Nom de Strip I'm not as familiar with but, I like their productions and am interested to see what they've got. 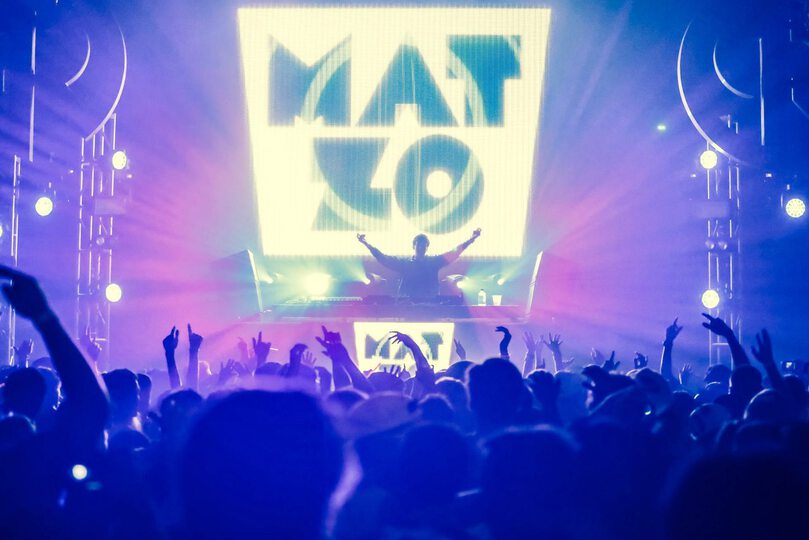 TSIS: You previously said you would rather play at the venue Pacha than attend it. What are your thoughts on the "bottle service" side of the electronic music culture?

MZ: It's hard to say really because, I am booked for these type of shows… Most places that have bottle service get so packed and sweaty and you're in a venue that promotes the flamboyant expression of wealth…  I just personally enjoy playing shows like that less because, the crowds aren't always there for the music. Thats not always the case though; sometimes the crowd will be really good and the event promoters are really organized so the night runs smoothly. Other nights, you really feel like your 'playing in a bottle service club'. Sometimes people can surprise you.

MZ: It's obviously a very powerful tool, but every DJ will buy tracks off the top 100. It's not like the top 100 doesn't  reflect what people are playing but, that just happens to be the current trend. You could spend hours speculating about how people got there and how it's all money. At the end of the day, it's just music that the masses like. It's like a feedback of what the scene is listening to. And it continues to change… if you look at what's on the Top 100 chart now compared to a year ago, it's completely different. But it consistently tends to be annual zeitgeist of music.

TSIS: We see many mixed responses to this question and wanted to ask how you feel about the term “EDM” ? Do you think the acronym boxes certain artists or the scene in general?

MZ: I think terms like trance, house, trap or different sub-genres box people in even more. The shortening of the word is a bit annoying, but it's not disastrous. I just call it electronic music or electronic dance music.

"I never had Soundcloud and Youtube when I was learning how to produce, so this is sort of like the golden age for producers."

TSIS: How do you feel about the vast growing community of aspiring new bedroom producers? Do you have any words of advice for all these newcomers?

MZ: I never had Soundcloud and Youtube when I was learning how to produce, so this is sort of like the golden age for producers. You can learn so much on your own. All you have to do is put in the needed hours and if you are good you will get noticed.

TSIS: What artists and releases in 2013 have impressed you so far?

MZ: Off the top of my head.. The M Machine have definitely impressed me this year; everything they've done has been amazing. Machinedrum has always been one of my favorites and in 2013 its been no different. There are a lot I could name but those two for sure.

TSIS: Thanks for taking the time to sit down with us Mat, we are really excited to see the response of the full album. We know it will be received very highly.

Well that’s what I hope as well! Thanks for having me. 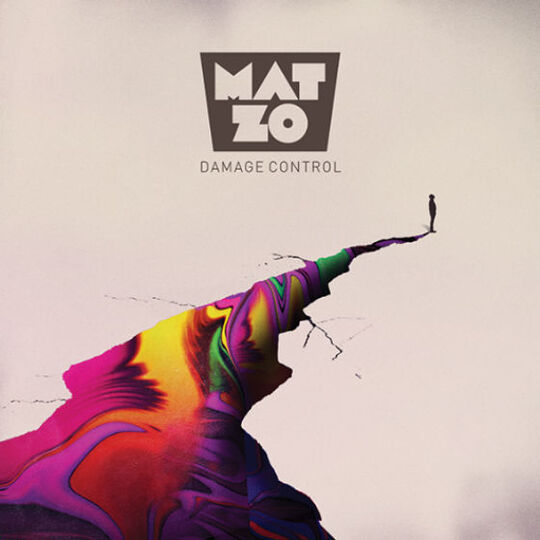