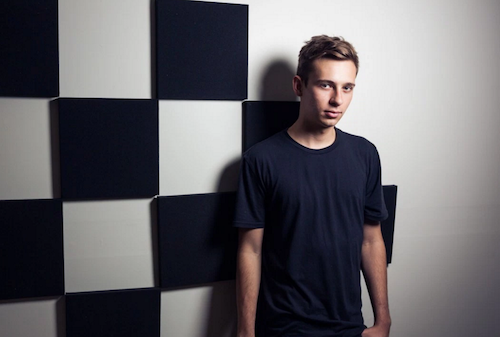 Flume has been staying extremely busy as of late and we're definitely not complaining. Building substantial hype around his upcoming album Skin with massive singles like "Never Be Like You" ft. Kai followed by its respective music video, as well as "Smoke & Retribution" which saw unexpected features from Vince Staples and Kucka, now Flume hops on BBC Radio to offer a chilled out Bedtime Mix.

Before delving into the marvelously crafted mix, the Australian vanguard answered a few questions regarding details about Skin. When asked who we can expect to hear on the record, Flume remained coy (as he usually does) by stating he'd prefer to keep the projects feature list under wraps for now. Though he doesn't reveal any collaborators, he did say he worked with a lot of vocalists since he strived to write full fledged songs this time around rather than just instrumentals- as we heard on his previous self-titled album Flume.

When asked what his personal playlists sound like, he confessed they're "usually super chill" while going on by stating that this Bedtime Mix sounds a lot like what he himself listens to on his off time, ya know, when he's not busy touring the world. Listen to the 30 minute Bedtime mix below and stay tuned for Skin's impending release!