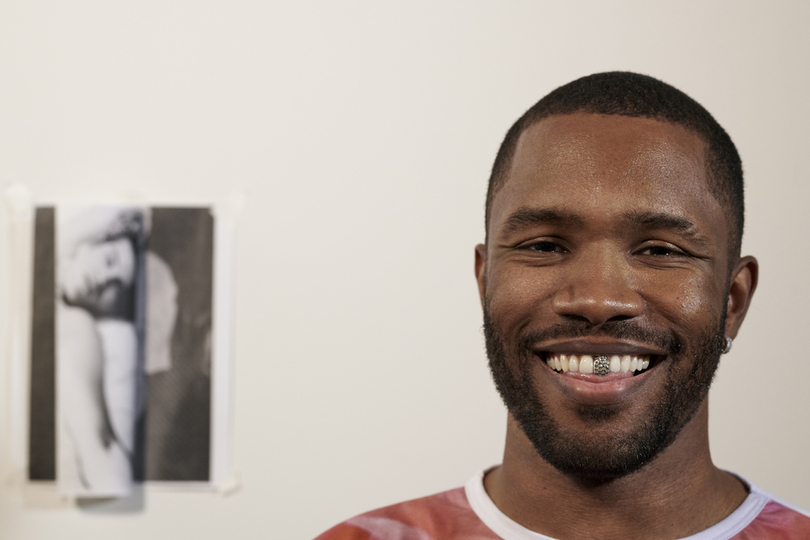 Frank Ocean is one of the most beloved artists of our generation. His talents have made him one of the most sought after and respected artists I can think of. However, at the same time, he’s one of the most elusive artists out there. He’s been doing a lot more lately to gives fan insight into his personal life like making his Instagram profile public, but it’s not often he gives interviews. Now he’s just joined Gayletter for an exclusive interview offering a glimpse into his world as he says he’s making an effort to to more interviews. Here’s some highlights below:

I always thought that was a misconception. I think the whole idea of me as a recluse is absurd ’cause I’m in the streets like all the time. I’m outside all the time, I’m traveling the world all the time. It’s funny to me that that’s the perception, but I understand what people mean by it in this new paradigm.

I’ve been doing it for years. I’m not like a god of rocking climbing or anything, but I do enjoy it. The routes are like little problems. I like problem solving. It’s kind of a solo sport if you’re bouldering, so you don’t need to organize anything to go; you can just pull up and do something different than a classic day in the gym. It’s super relaxing. I mean, it wouldn’t be relaxing if I was coming at it like [rock climbing god] Alex Honnold, out here risking my life. [Laughs] But the way I approach it is pretty calm. – Frank Ocean on rock climbing

My time in London was when I really started not just my own photography work but working alongside or commissioning a lot of other photographers to work on things for the magazine. Anytime you’re working in that space, around a lot of artists, they’re showing you what moves them, what formed their voice over time. And it’s that ritual of sharing that puts you on a whole bunch of other shit you’ve never seen. Really, it just keeps going.  – Frank Ocean on photography

In his conversation with Gayletter’s Tom Jackson, Frank is very well spoken, as always. He talks about why he starting making music as Frank Ocean, rock climbing, his Boys Don’t Cry magazine, and working with collaborators. When asked if it’s easier to make music on his own or with collaborators, Frank replied:

On Rocky’s last LP [Testing], the song we did together [“Purity”] is a good example. I went to that session and he played me Lauryn Hill’s sample chopped up and the open space he wanted me at. I just started improvising that verse and putting it together, which is something I would do on my own, where you’re listening with your headphones on, listening to the beat over and over, and you’re piecing it together in your head and you blurt out the verse.

That’s kind of how it works. Maybe you’ll blurt out a few bars and you’ll loop it around and get your next bars and you’ll piece it all together, and that’ll be your verse. But sometimes the energy of having an audience, even if they don’t say shit, that adrenaline or whatever that is. Which is probably a good cocktail of performance-enhancing chemicals that make you a tiny amount more on point than when you’re totally relaxed and at ease.

After doing it for a long time, I can kind of work myself up into that place just off the excitement of the song, even if I’m on my own. Or just really being hyped off saying something I want to say, or a melody idea I want to get off. I can get hyped, but there’s something really special that I always noticed about doing it in front of a peer or, you know, for folks. It’s a little more risky; it’s like, Oh shit, what if I make a fool of myself? I gotta be on point.

The whole interview is an entertaining look into the mind of the genius that is Frank Ocean so be sure to check the whole thing out here and enjoy!