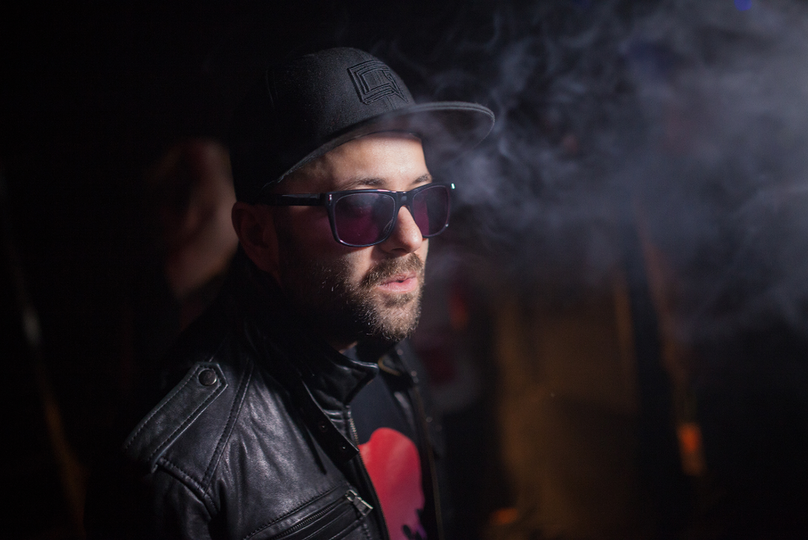 Gramatik just unleashed a hype new song “Requiem For Piece” alongside the incredibly talented Anomolie featuring both Waka Flocka Flame and Chrishira Perrier. This year he’s been busy rolling out various collaborations like “Royale with G’s 2013” alongside The Geek x Vrv, “Better Believe It” with Big Gigantic, and “Can’t Stop The Bleeding” with Tom Morello. Now he’s dropped some new heat on us along with the exciting news that he has an upcoming album on the way titled Re:Coil, Pt. II.

“Anomalie and I first made “Requiem For Peace” as an instrumental when I was recovering from a broken ankle and fibula in 2016. It was very difficult for me to work on music at the time and I was feeling very uninspired. When Anomalie sent me the chord progression, I was so mesmerized by it that I had to work on it, even through the pain.

The song was sitting on my desktop in instrumental form for a while until I met Waka at a festival we played together. We hung out and hit it off right away. When I got home I immediately sent him the instrumental and he sent me two verses which perfectly fit the vibe of the song. We knew we needed a strong hook, so I reached out to my good friend Andrew Block, who used to play guitar on my shows, and he suggested Chrishira. Sure enough, she wrote a magnificent hook that tied the song together in an epic way. It’s a very personal song for me and I’m curious to see if other people see the magic in it too. Super excited it’s finally time to release it!” – Gramatik

Stay tuned for the full album on the way via his own label Lowtemp. Enjoy!