The latest musician to break into the world of NFTs is none other than Grimes. A lot of us have been looking forward to this release since it was announced via Instagram a couple weeks back. She just quickly took the position for the top performing NFT with a musician to date bringing in over 5.8 million dollars in under 20 minutes. The last part of the collection is still up for auction and about to break $150,000.

If you are still not quite sure what these are, read our informative breakdown on the topic here.

Grimes collaborated with digital artist Mac Boucher for something special. This is the first part of a multi-part journey called WarNymph. As the collection officially states:

The first of her kind, WarNymph is a digital entity spliced from a pixel DNA of the organic human, Grimes. Merging the raw images of a photogrammetry scan, enunciating her iconic tattoos, with a retopologized mesh that was sculpted, modelled, and morphed into a variety of forms before being permanently sealed into the body of a baby angel, a cherub. She exists in the liminal state of the virtual world, a Grimes narrative universe, within an alternate history of mythology and the infinite fragments of the future.

One of the two parts of the collection was an Open-Edition featuring two pieces, “Earth” and “Mars.” They were on sale for $7,500 each and were open for 20 minutes. She sold a total of 691 between the both of them, bringing in just over $5.1 million. These were two of the three animated pieces in the collection (Still Image Pictured below)

“Mars” and “Earth” by Grimes and Mac Boucher

She also had a drawing for four pieces, Newborn 1, 2, 3, and 4m giving out 100 of each piece for only $20 each. This was interesting to see collectors of all price points being able to participate considering the open editions were at a very large $7,500 per piece.

She also had three silent auctions for three pieces which brought in over $700k.

Here is “Battles of the WarNymphs” from the silent auction.

There is one last piece remaining the collection that will go on sale sale, in auction format, on Monday, March 1st at 11:00am PT.

It is titled “Death of the Old” and the third animation in the series. It sounds like Grimes sound design on both Open Edition pieces “Earth” and “Mars”, this is the only one in the collection to appear to have an exclusive new Grimes song featuring vocals and everything. If you are feeling lucky the bid is only at $146,666.66 at the time of writing. Place your bids here on Nifty Gateway. Haha. 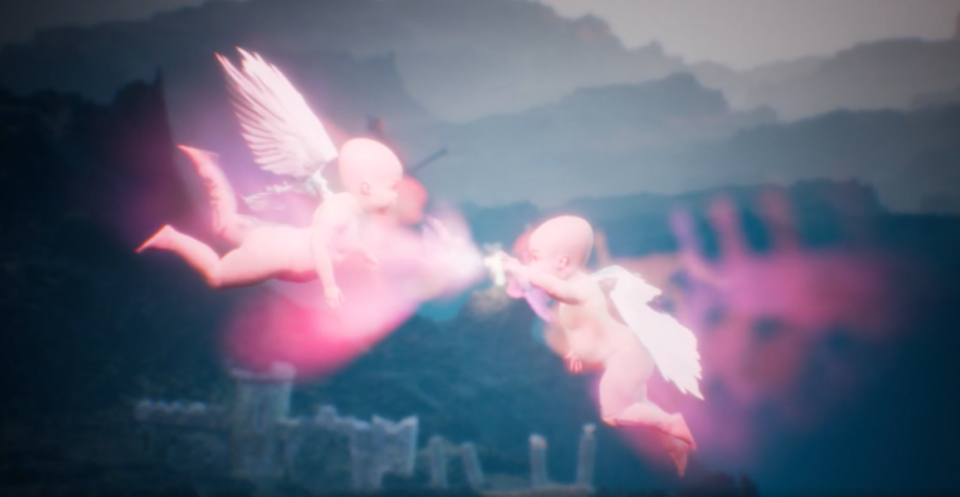