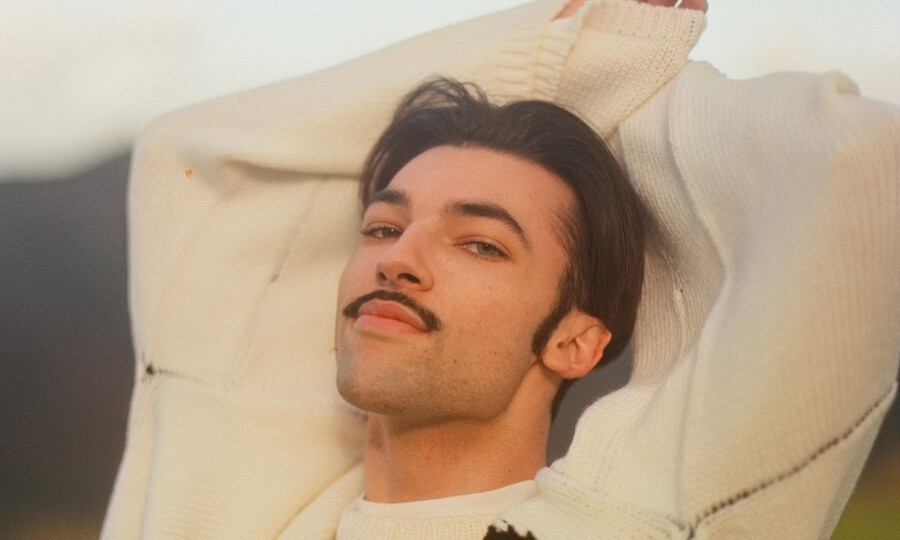 Big things are happening in LoveLeo‘s future. The young, fresh talent took the bedroom-pop world by storm when his first ever song “BOYFREN” went viral. That was seven months ago, and today he drops his debut project, LOOK AT THIS MESS I’VE MADE.

There’s something wholesome, genuine, and completely original about Leo’s sound that we’ve completely fallen for. Each one of his songs makes you want to kick your shoes off and dance around your living room in the silliest way possible. He’s easily one of our favorite new artists of the year.

To get to know the man behind these life-giving tunes, we caught up with Leo was able to ask him a few questions. Check out our convo with the budding pop-star below, and be sure to stream his new EP.

LoveLeo – LOOK AT THIS MESS I’VE MADE

Back in December, you didn’t have a song officially released—now you’re releasing your debut project on Republic Records. How have these past seven months been for you?

Literally a dream come true. I still can’t believe it. Best seven months of my life.

Are you working on music full-time now? What else are you up to?

I’m really just taking it one day at a time. I’m always making music, but recently I’ve been designing earrings, pretending to be a detective, learning how not lose at poker, listening to podcasts, and packing up all my possessions (I’m about to move).

Who are some of your biggest fashion influences? Both in terms of brands and individuals.

What cities are you most excited to perform in once you start touring?

When was the last time you had your parents’ chicken parm?

Prolly last month, I’d eat it for every meal if I could.

What’s the fondest memory you have during your time creating this EP?

When I was recording “ROCKBOTTOM,” I did a 20 minute freestyle where I told a ridiculous story about breaking into a club butt naked, while my producer Nick played a sick synth bassline the whole time. For that 20 minutes I was in pure bliss.

What’s the best way to listen to Look At This Mess I’ve Made?

Driving in circles alone at sunset with a cold glass of water.

If you could play a show anywhere in the world, without any restrictions, where would it be and why?

I would have the concert at the very top of a huge snow covered mountain and at the very end of the concert everyone would get into giant human sized hamster balls and roll down the mountain as “HEAD OVER HEELS” plays in the background.