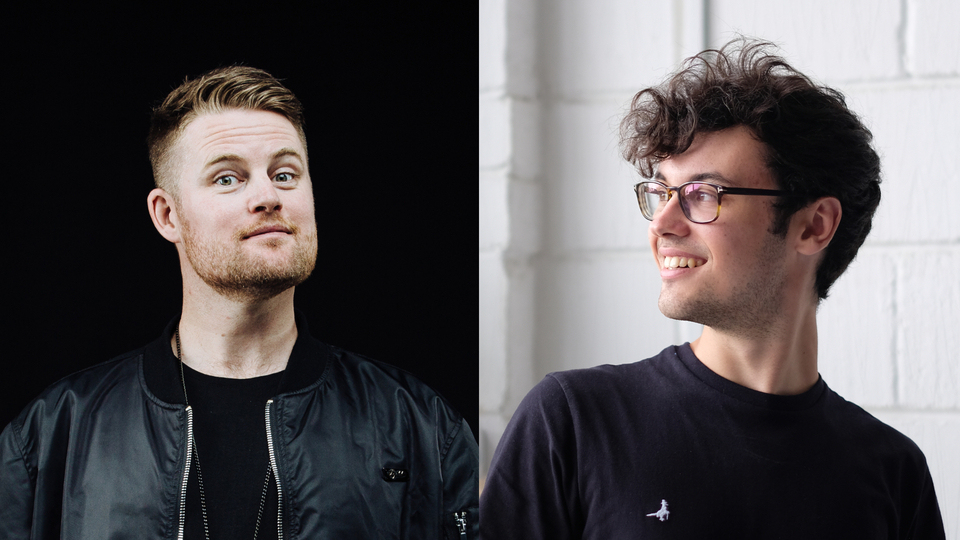 We’ve been on pins and needles waiting for this one. Opiuo and Vorso‘s joint EP, Dusty Bugs, has finally arrived and lemme tell ya, it was definitely worth the wait.

Grimy midtempo electro bangers are the name of the game on this EP, with a funky twist for some extra spice. I had no idea face melting electronic music could get this funky. I didn’t know funk could get this kind of glitched out dubstep-esq infusion. My head is spinning, I have no idea which way to turn, and I couldn’t be happier.

Once we got a hold of ourselves after listening to this dope project, we had some time to catch up with the tumultuous tag team for a little Q&A. After you listen and catch your breath, you’ll definitely wanna read one of our most entertaining interviews to date.

Opiuo has more in the tank, too. Tomorrow, he’ll be releasing a remix for one of our favorite duos, Big Gigantic. Stay tuned for that one.

Check out the EP below, as well as our conversation with both Opiuo and Vorso. Enjoy!

Opiuo: I’ve been obsessed with Bicep recently. The old melodies and total seductive feels got me good.
Vorso: There’s a tune on the new Skope EP called “Hoops” and it’s just the cheekiest damn thing. Both Echo Map and Tom Finster have been pushing a really fresh sound recently and their collab “Eden Falls” is such a strong one. I love the piano work especially, really emotional. Also definitely have to mention Emperor – Ham-fisted for most honky bass and best title.

O: Hardwood timber yards nearby
V: How to clean the dust out of a Scarlett 2i2 audio interface so it stops crackling

O: Red Rock Deli chilli and sour cream chips! Naughty I know.
V: Roasted pistachios. They’re both delicious and an activity to de-shell. Think it was RefraQ that really put me onto those…

There has to be a story behind the title of Dusty Bugs, right?

O: There is a story but we are waiting for david Attenborough to narrate it before we can tell anyone. It involves the long evolution of the relationship between air particles covered in dust with mini bugs having a party while catching a ride on them…
V: Oscar has a way with words… from the brain that brought you “In Search of King Anchovy”.

You guys really dialed in some forceful mid-tempo bangers here. What’s your favorite thing about that style of music?

O: The amount of space in the music. The time to allow huge sounds to evolve between beats. The throwback to funk and hiphop. The ability to nod ya head.
V: I was a huge fan of glitch hop + mid-tempo stuff since about 2011. I was so about tunes like Skrillex – Cat Rats, or later, “Meanwhile in the Future” by KOAN Sound. It all felt like fun and exciting heavy tunes which didn’t take themselves deathly seriously. Humour and cheekiness is an aspect in music I really think people underrate. Also many of the people making it were light-years ahead in terms of bass design for the time. I actually found Opiuo’s music really early on via his remix for Infected Mushroom. “Ripple” off Butternut Slap part 2 was a big inspiration for me at the time.

How have you been motivating yourselves to create during this time? Is it any different than usual?

O: Imagining massive dance floors full of people with their eyes closed, getting down to music in their own world, in their own way. That always makes me inspired.
V: I’ve actually found it to be a super inspiring time. I’ve had time to finally tackle so many different projects. Learning to use Blender for a new visual project has been a big one. I’m still only scratching the surface with that. I’m also digging in way deeper with Max4Live in creating a new gesture control. I’ve been trying to make sure I don’t context-switch between my different projects too abruptly. There’s been a few times early on I really burned out. I realised how important it is to take breaks.

Quarantining hasn’t been all bad. What’s been one of your fondest memories over the past few months?

O: Getting to see my daughter Tala grow. She is almost a 1 year old already – and I had no idea on what I was potentially going to miss out on had I been on tour. It has been a super blessing!!
V: Has to be walking up a hill called “Steep” on my birthday (also the hottest day of the year so far) with my gf who I was finally able to see after being separated by lockdown. Lived up to its name, amazing view from up there.

What’s the best way for us to listen to Dusty Bugs?

If you had to join one of the Dusty Bugs on an intergalactic mission which one would you go with?

O: The honeymaker has the best vibes and smell. Definitely that one.
V: Why not WhyNott? What could possibly go wrong…

If you could play a show right now anywhere in the world, without any restrictions, where would it be and why?

O: Red rocks. No question.
V: I reckon it’d have to be Red Rocks, that place looks like it channels such an incredible vibe.