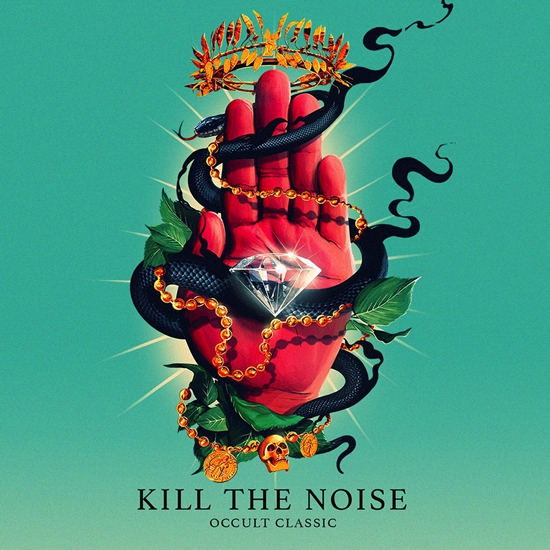 It's been quite a stellar journey for LA-native Jake Stanczak, better known on stage as Kill The Noise. The producer/DJ experienced an explosive rise in popularity thanks to his multi-faceted approach to bass music and is credited for pushing not only the genre, but making the dance world as a whole a little bit heavier.

When news first broke of Kill The Noise releasing a debut full-length album via long-time friend and bass wunderkind Skrillex's OWSLA label, many gushed over the possibilities of Jake's production spread majestically across an entire body of work. So far, we've been gifted with some hyper-powered creations from Occult Classic, Though whimsical in design, the collaboration "Dolphin On Wheels" with Dillon Francis is hypnotically fresh and meshes the two producers styles perfectly. Kill the Noise stretches his prowess into the surging future house landscape with "FUK UR MGMT" and interlocks the melodic arrangements with busting bass clips that gives it a real club heavysheen.

Today we've been blessed to premiere the full stream of Kill the Noise's Occult Classic for a full 24 hours before its release for your audible pleasure! Dimensional collaborations with past tour-mates Feed Me — "I Do Coke" – and Tommy Trash — "Louder" –  will surely appease both sets of fan-bases, Surprising favorites from the album are "Mine," which features lush classical guitar lines and prime vocals from Bryn Christopher pumped with a cinematic mixture of electro-bass aesthetic. "Lose ya Love" is a whirlwind of disco aesthetics building bright towards some devilishly dirty bass drops that can crush any festival mainstage audience around the world.

Kill the Noise stepped well into a new frame for Occult Classic while adequately showing how the bass genre can still incorporate new styles into the production. His comments on "All In My Head" say it best: "You have to reevaluate your perspective and priorities. I started making music because it was fun, and it has to be remain fun otherwise you're just torturing yourself." The spirit of this release leaves a very "never a dull moment" taste on the audible palette  and as one of bass music's longest tenured producers, Kill the Noise still knows how to make danceable bangers for all to enjoy! Stream the full album below and catch Kill The Noise on his Occult Classic tour with Getter, Wuki and AWE with full dates below.