Logic, a rapper we have been featuring, sponsoring, premiering, and generally loving for the past few years, has released his debut album today.  From his first mixtape, through his rise that has lead to today's release our admiration has only grown. We started by sponsoring his breakout mixtape Young Sinatra, followed up by both the Young Sinatra: Undeniable and Young Sinatra: Welcome To Forever mixtapes all supported up by matching sold out tours. Next, we broke the news of his major label signing with the iconic Def Jam Recordings, which was followed by the acclaimed While You Wait EP to keeping everyone happy with new material.

This has all paved the way for today's debut full-length studio album Under Pressure. Production on the album spans from 6ix, DJ Dahi, Dun Deal, M-Phazes, Rob Knox, S1,Tae Beast, to Logic himself. The entire album is executively produced by hip-hop icon No-ID who is known for his work with Kanye West and Jay-Z among countless others.

Thanks to his amazing team, Visionary Music Group, the entire full length deluxe version of the album is now available to stream in full via Soundcloud. The deluxe version spans 15 tracks, featuring verses solely from Logic (aside from two "Alright" ft. Big Sean and "Driving Ms. Daisy" ft. Childish Gambino). The album is an unbelievable listen from beginning to end and is without a doubt his best work to date. The tracks range from the signature relentless verses to the lyricist exploring new territories including singing on tracks like "Buried Alive". We strongly encourage you to pick up your copy of either the regular or deluxe version as both are available physically and everywhere online. 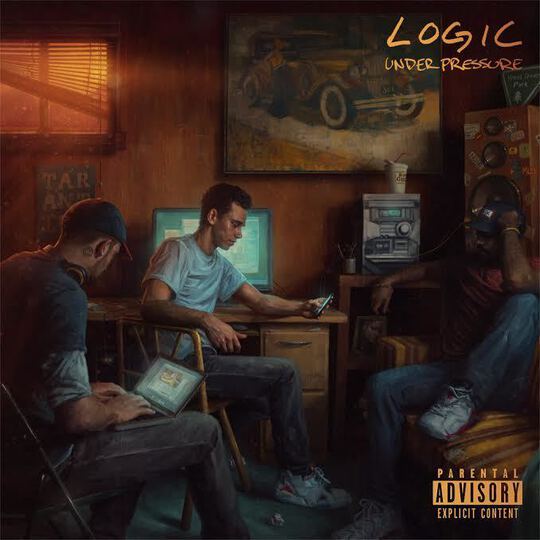