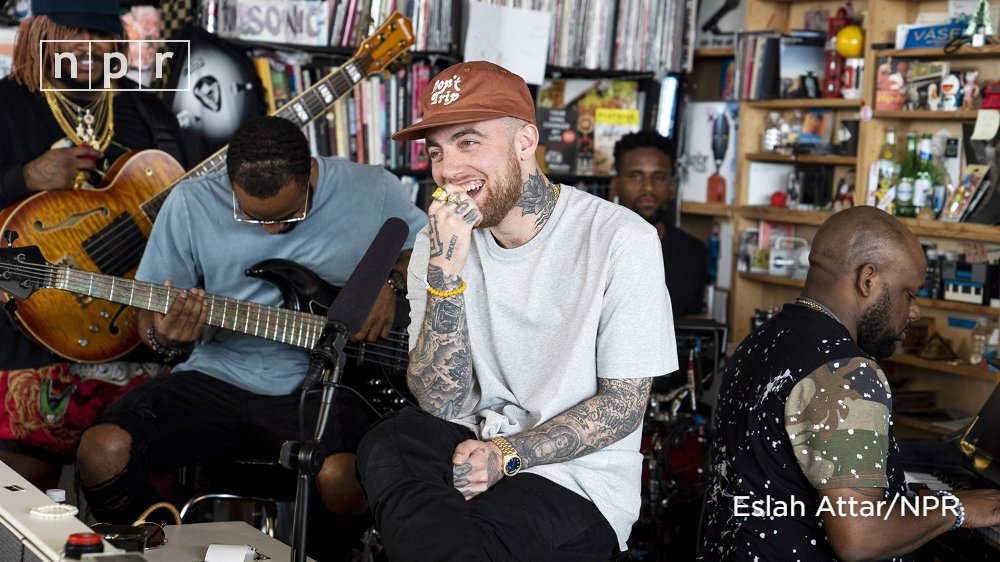 Mac Miller dropped his fifth studio album, Swimming, on Friday (alongside a couple other great album drops), and we've been listening to it all weekend. Mac kept the ball rolling today, sharing his performance at one of our favorite segments, NPR's Tiny Desk Concert.

Mac sits upfront on a stool during the performance, with many different, very talented musicians positioned behind him playing guitar, keys, drums, and bass. There's a couple of special moments during the video. Thundercat grabs his bass and takes the stage with Mac for the song he's featured on, "What's The Use." There's also a few string musicians that come in and kill it on the song "2009," a track that features powerful and complex parts that the string players had just learned shortly before the performance.

Overall, the entire display was awesome and heartwarming. Each track played out perfectly and really proved that Mac could put on a hell of a live show. We hope to see more performances like this from Mac Miller in the future.

Check out the video below and enjoy!