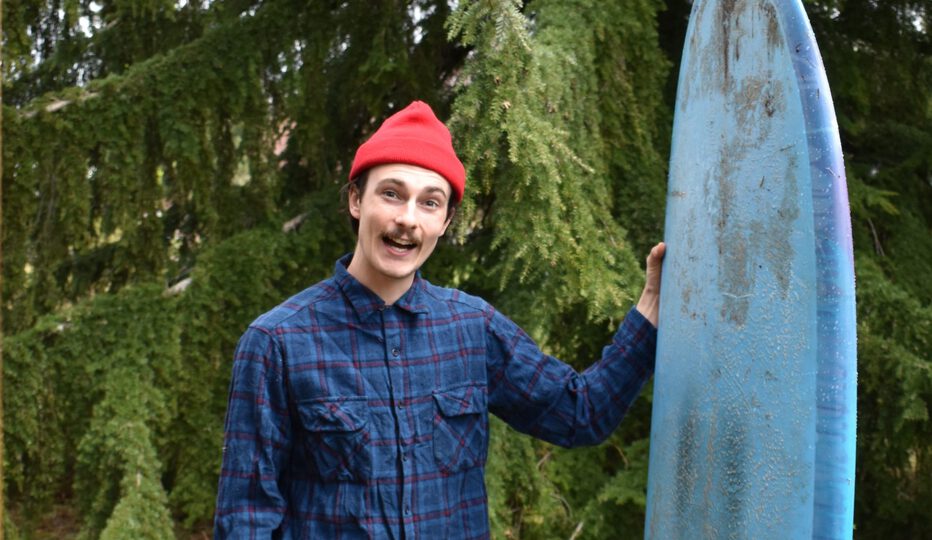 Goth Babe is one of those artists who’s music just immediately resonates with you. His sound is as if James Blake decided to become the lead singer for Tycho in what is a beautiful, inspiriting combination of styles. Today we’re very pleased to be premiering his latest, a lovely new track titled “Moments / Tides.”

Here’s what the man himself had to say about the coming together of this one:

“Moments / Tides” is a song I wrote at the beginning of the surf season here in Oregon. I’d been away from the coast for half a year due to weather and building my tiny casa. I’d forgotten how much life and clarity being in the ocean gives me. I’m hopeful that through the song and video, people can get a taste of what it’s like gliding over the water.

Not only does his music immediately spark an unadulterated form of joy, but his background story is unlike any other. Everything that he records is done in his RV, which he uses to travel around the country in a classic nomadic fashion with his dog. By taking a look at his musical catalog, you can get a glimpse of the places he’s been based on the project titles like Smith Rock, Mt. Bachelor, and Pacific II.

Goth Babe has also managed to have his success come naturally, independently releasing all of his music to date. He’s constantly getting love on Spotify’s Pollen and Lorem playlists.

Stream another musically captured point by Goth Babe with “Moments / Tides” below. Enjoy!