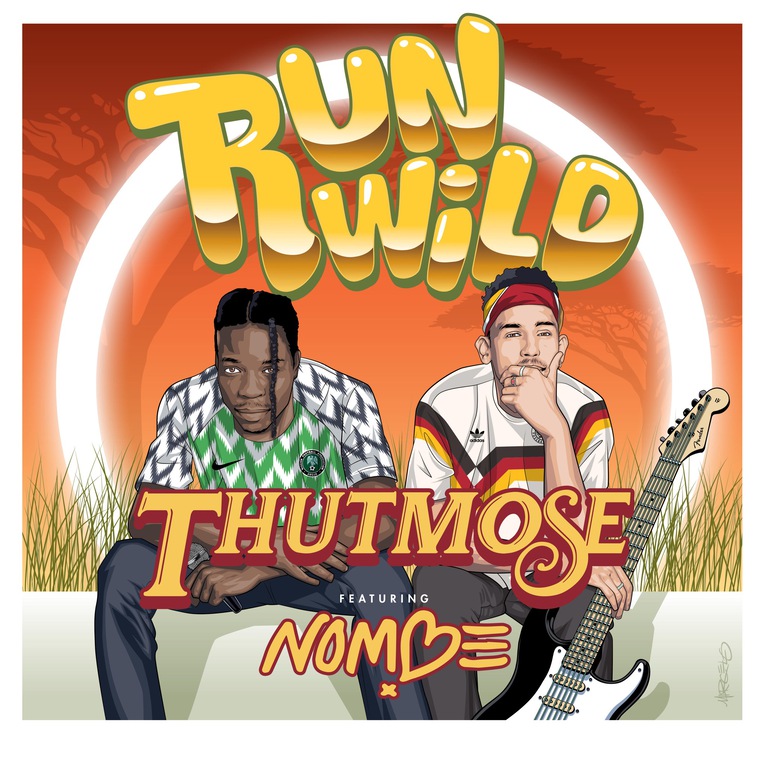 When it comes to artists on the rise, both NoMBe and Thutmose have solidified their status with powerful tunes unafraid to stand out from the crowd. NoMBe fully embraces genres like soul, R&R, blues, rock and hip-hop on standout singles like “Wait” and “Do Whatchu Want To Me," with his debut album They Might’ve Even Loved Me celebrating that sound in all of its 18-track glory. Thutmose, on the other hand, has blown us away with a refreshingly bouncy and melodic rap style on songs like “WuWu” and shows no signs of slowing down.

After collaborating once before on the wonderfully slow-rolling “Summer’s Gone,” these two have come together once again on “Run Wild,” an aptly named single that we’re excited to premiere on TSIS today. While the release is impressive in its own right, it also lands as the soundtrack to the 2018 FIFA World Cup Russia Reveal Trailer featuring none other than Cristiano Ronaldo. If one thing’s for certain, we couldn’t imagine a better song to accompany the announcement.

With furious-paced percussion, guitar licks and vocals to match, “Run Wild” is something new for both NoMBe and Thutmose. It’s a fun single that doesn’t take itself too seriously, and a chance for each musician to literally let their talents cut loose, just as the title says. And if that wasn’t enough, it seems only fitting that two internationally born artists – Thutmose from Nigeria and NoMBe from Germany – were recruited for a World Cup soundtrack. Check out “Run Wild” + the official FIFA 18 video below and enjoy!