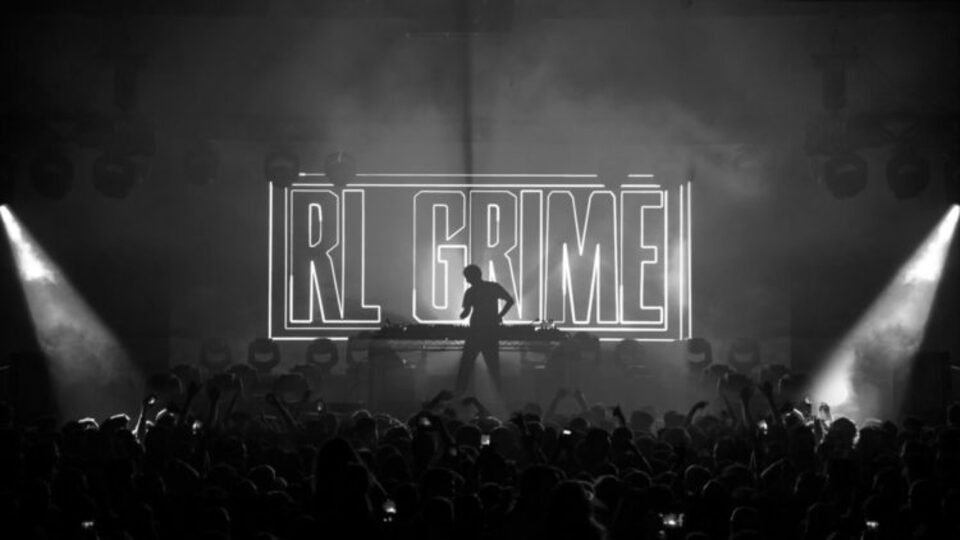 Henry Steinway, as of this year, has officially been releasing music as RL Grime for a full decade—and there’s no doubt that he’s one of the most prolific producers when it comes to trap. While his sound has evolved from fundamental remixes to exquisite cinematic productions, throughout his career he’s excelled at one thing in particular: bangers.

A quick look at RL’s discography reads like an arsenal of weapons, and also poses a tough question. Which of these monstrous tracks hits the hardest? RL Grime sets are full of climactic moments, but to which production of his deserves the most credit for creating those moments?

Below you will find a list of RL Grime’s 20 hardest hitting tracks, in descending order. Enjoy!

The fact that we’re starting with this one gives you an idea of how heinous this list is about to be. While NOVA veered away from a harder sound in general, there were a couple nods, like “Pressure,” that were designed to level a crowd.

One of the handful of 2012 remixes that not only led to RL Grime’s rise, but started a whole movement of artists experimenting with this very new EDM/trap sound.

Many wondered when, if ever, RL Grime and What So Not would follow up “Tell Me.” A couple years after the release, RL x WSN would link back up—and this time they would add Skrillex’s mojo into the pot. After much anticipation, the trio delivered “Waiting” in late 2016.

On this remix, RL Grime (and frequent collaborator Salva) took an experimental ballad from Warp Records and flipped it into an absolute trunk-rattler. The response to this track, along with the aforementioned “Satisfaction” remix, signified that RL (and other similar artists) were really onto something.

“Infinite Daps” was the culmination of two artists who had been paralleled in their come-ups. Both RL Grime and Baauer were leading the pack with trap music back in early 2010s, and after much anticipation, they came together on this percussive banger. Surprisingly, this is actually the only time that the two collaborated on an original track together.

“Heard Me” was the focus single, and to many, the standout track of RL Grime’s first official EP, High Beams. “Heard Me” showed that this new sound was much more than simply remixing popular EDM tracks and slapping 808s on them.

An absolutely brilliant opener to RL Grime’s second studio album, NOVA. While the tune begins with a mysterious melody and buildup, it’s not until moments before the drop that you realize what’s about to go down.

This very well may be the first RL Grime track that any of us ever heard. At this time, folks were just discovering what “trap” was in regards to electronic music. If anyone asked, this is what you would send them. RL and Salva’s “Mercy” remix doesn’t get that many plays nowadays, but will always be an all-time track.

G Jones’ “In Your Head” was already one of the most massive tracks we heard all of 2017. Leave it up to RL Grime to push the track’s energy even further. This is one was purely designed for climactic live moments, and it’s still one of the largest sounding tracks we’ve ever heard.

The very first breakout original RL Grime track. The concept was simple, but executed oh so well. Who knew a gnarly acid line mixed with trap 808s could sounds so right? The buildup makes you think like you’re about to drop into some acid techno, but it’s one of the best switch ups ever.

There’s a reason that RL Grime opened up almost every one of his stops on his VOID tour with “Scylla.” From the echoing alarms to the delayed drop, this track does some serious damage. This tune is still somehow making the rounds, as it was just featured in the new Space Jam trailer.

What begins with a seemingly playful vocal sample ultimately shifts into one of the most climactic drops that RL Grime has ever conjured up. This edit/mashup of “Favelas” was released for free on RL’s SoundCloud for reaching 100,000 followers. Stick around for the melodic, trancey breakdown that pivots back to another ridiculous drop.

Since NOVA, RL has taken a bit of a backseat to let newer artists shine on his label, Sable Valley. Every so often, however, he’ll come through with a release of his own. This collab with Juelz from late 2019 has been our favorite recent banger of his, and it was his go-to opener on the Sable Valley tour.

One of the first successful releases from RL Grime that really skyrocketed the trajectory of the project. At the time, RL was mainly making big room beats under the pseudonym Clockwork. This remix of Rihanna’s “Pour It Up” changed everything. You’d be lucky to hear this one in an RL Grime set nowadays, but he did end up dropping it in a secret Sable Valley show in 2019.

What do you expect when one elite trap producer takes on a pair of pioneers of the sound? RL unveiled this weapon in 2014, which took an experimental masterpiece from TNGHT and elevated it into a festival belter.

RL famously debuted this 808-filled monster during his Boiler Room set from 2012—a video that we still often find ourselves going back to (if not just for the crowd’s antics alone). This is a definition of a no nonsense banger. Make sure you’re playing “Cliq Cliq” on full volume.

While the focus of RL Grime’s debut album, VOID, was revolving around the lead single, “Core,” there was another wildly heavy track on the album that would become a set staple. “Valhalla,” RL’s collab with Djemba Djemba, featured some insanely gritty sounds and a bass line that had the power to shake the walls of any venue.

There’s no doubt that RL Grime had one of the dopest mixes for Diplo & Friends of all time. That iconic mix concluded with the tease of a new remix of Chief Keef’s “Love Sosa.” The huge sounding remix would go on to be a hidden weapon during his live sets, but he ultimately released it for free for his fans.

Potentially the most hyped track of RL Grime’s career. This iconic banger was first debuted during Australian music festival Stereosonic, after he had worked on it with What So Not. The next few months fans were drooling over live videos of the tune and unofficially calling it “Tell Me.” The tune would come out with that title four months later.

This hall-of-fame track was (and still may be) the coup de grâce of any trap set. The energy that is built up and released on “Core” is unlike anything we’ve ever heard, and remains one of the best songs RL has ever written. “Who do the shit that I do?” … Nobody.