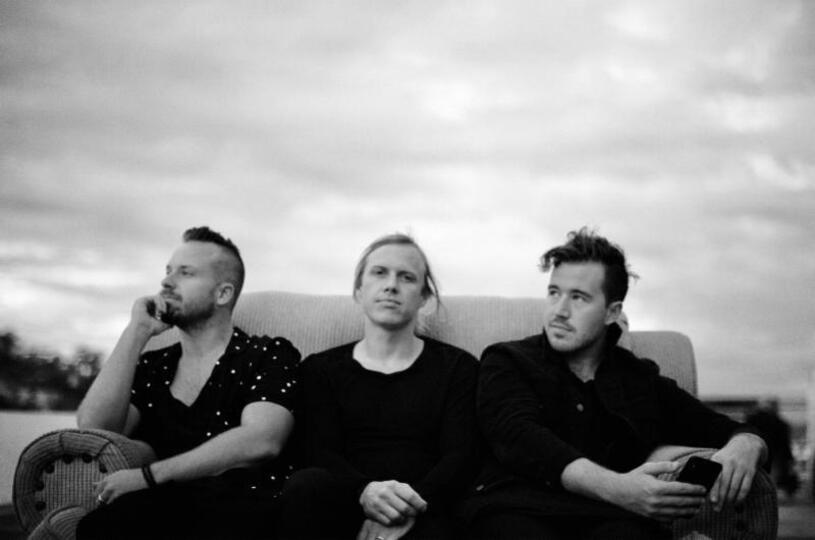 RÜFÜS DU SOL are up to something really cool. They put out our favorite electronic album of 2018 and are bringing quite the experience with them to Coachella. The beloved aussie trio will be debuting a special short film titled “Underwater.” However, this is not a normal short film. The James Frost-directed film will be debuted inside HP’s massive 11,000 square foot Antarctic Projection Dome, which is the largest in the world.

“RÜFÜS DU SOL and I have been trying to collaborate for a while, so when the opportunity arose to create the visual accompaniment to ‘Underwater’ for the HP Antarctic Dome at Coachella, I couldn’t think of a more perfect song and I knew we could create something magical. ‘Underwater’ is rich with layers, and the piece we’ve created immerses the audience visually and sonically in this expansive dome setting. I’m honored and thrilled not only to be asked to work on this, but also to have brought the piece to life with amazing graphic artists from around the world.” – James Frost, Director

The 360-degree film seems similar to the epic experience Childish Gambino put on at his PHAROS shows, which you can see the behind the scenes footage here. In addition to the short film,RÜFÜSwill “also play a DJ set and participate in a panel discussion examining technology’s power to transform and humanize music by enhancing connections, collaboration and creativity,” according to the press release. If you’re going to Coachella, definitely do not miss this. Check out the teaser video below and enjoy!