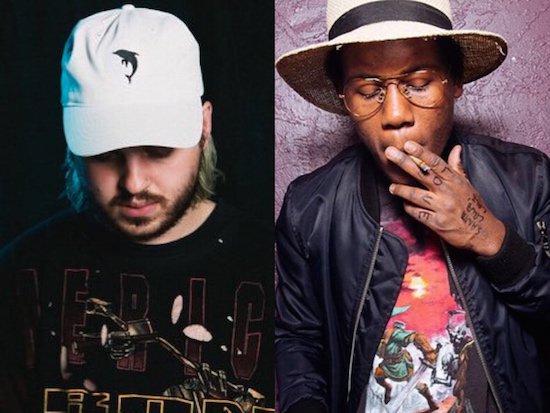 The indie / hip-hop artist Skizzy Mars has made a name for himself with his consistently impressive tracks and is currently prepping for the release of his sophomore album Alone Together. Recently the NY artist hopped on a new track by the intriguing new artist lil aaron.

With his first song dropping only 20 days ago, lil aaron is the latest artist to pop up out of the depths of the internet. The bubbling artist began his career behind-the-scenes as a writer and has now begun collaborating with notable acts such as Kiiara, Jez Dior, Ro Ransom, D.R.A.M. and more. Seemingly only just transitioning to a solo artist a month ago, lil aaron has made his arrival known in a very short amount of time. He first gained steam with his song alongside Y2K on "DAMN" – which already has nearly half a million plays – and continued his rise with "BOUT TIME" featuring SoySauce.

This new collaboration “TBH” is an incredibly catchy track showcasing aaron’s effortless songwriting abilities as he tweeted “also i freestyled this hook on the mic, no flex tho…” and revealed even the song itself came together on the fly stating “got fucked up, made a song w my friends, woke up, dropped it… just how it should be.” Produced by JUDGE, the collab brings trappy percussion and a rumbling baseline while Skizzy and aaron display an obvious chemistry with their infectious vocals. Listen below and stay tuned for what's next from the budding new artist lil aaron. Enjoy