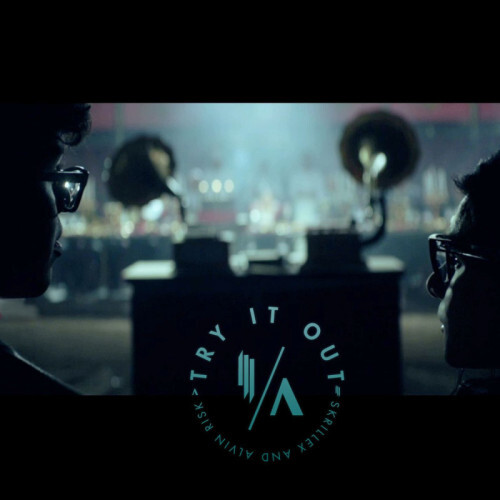 Could one ever be tired of hearing new music that involves the one and only Skrillex and Alvin Risk? Within the last few days, the two OWSLA producers have captivated our attention with two fresh remixes of their "Try It Out" track. The "Neon Mix"started it all which was then followed by the bass heavy "Try Harder Mix". Now the final installment of the series has been released in the form of the "Put ‘Em Up Mix". This rendition features the title being chanted, chopped up, and distorted before Skrillex and Alvin Risk drop all types of mayhem. This could easily be consider the best remix of the bunch. We are still unsure of when the EP is set to be released, but we imagine it will be much sooner rather than later. Enjoy!