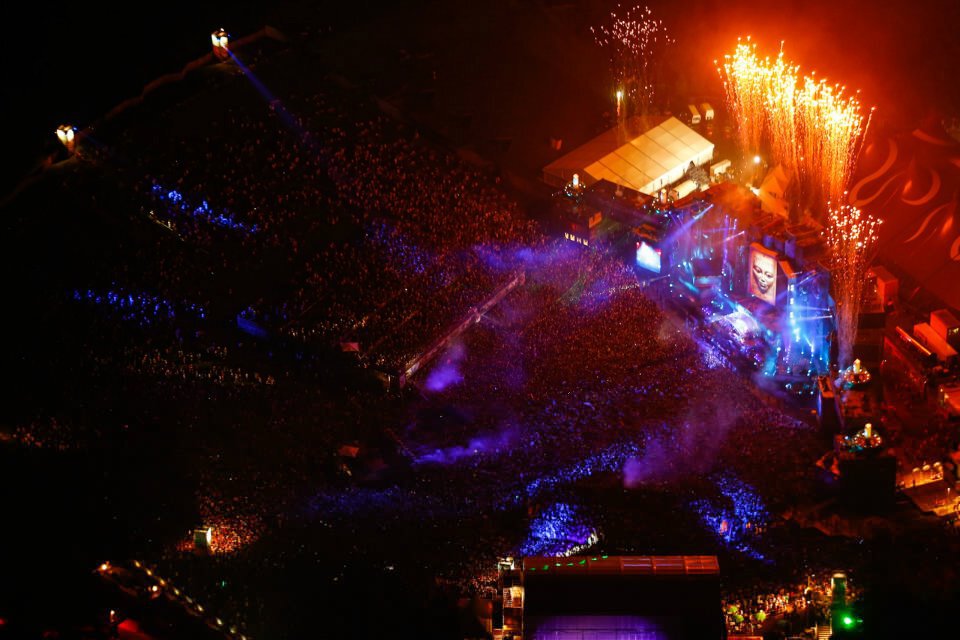 Skrillex had the chance to play at TomorrowLand this past weekend, and he was the first dubstep artist to ever play on main stage, so he had a ton of eyes and ears on his set. When it was live streaming there was over 150k+ people online, on top of the 180k+ people at the festival. He played a solid set, but it was also pretty safe, and he didn't take too many chances. Nonethless it was solidly mixed set featuring all of his hits including "Summit (Ft. Ellie Goudling)" "Make It Bub Dem" and "The Devil's Den", and his classics like "Rock 'N Roll" and "Weekends!!!", and even his newer trap styled "Goin In (Skrillex 'Goin Down' Remix)".  Here is a 25 minute section of his set. One of the only tracks I can't name coming in at 6:30 didn't really do much for me, seemed a little repetitive and goes on for about 3 minutes. What do you guys think of that track? Despite that one track, the set was very sick, and it was insane seeing Skrillex drop Dubstep and Trap nonetheless on the main stage of one of the biggest festivals on the world. Enjoy! Update: We added a video of the performanc below!