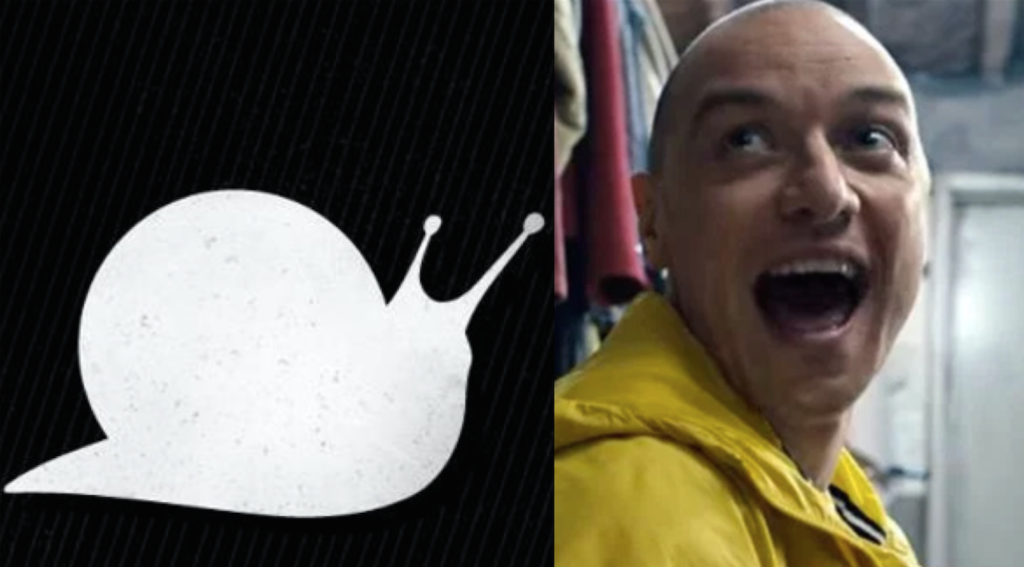 So I saw on Twitter that TSIS regular SNAILS has a song in the new M. Night Shyamalan movie titled Split. Shyamalan is the same director responsible for The Village, The Sixth Sense, etc. Well I saw the movie this weekend and the part with the SNAILS' song is hilarious.

We tried finding the clip online but with no luck, until just now, YourEDM posted what looks like a a cell phone video from someone at the movies haha, so we had to include.

After seeing the movie, it makes perfect sense that the track would appear where it did as they wanted to find the most ridiculous sounding song to show how insane the main character is. It's a pretty epic scene showing the star of the movie play a song on his CD player, which happens to be playing SNAILS' single "FROGBASS". He then does what we will call the "Frogbass dance" that's as wild as the song is. It couldn't be more fitting and incredible seeing an artist we've been supporting since day one get such a huge placement in a major feature film. Check out the clip below before it gets taken down from the internet.

We would highly recommend seeing this movie in theaters as well, easily one of the best thrillers we'd seen in years. Enjoy!