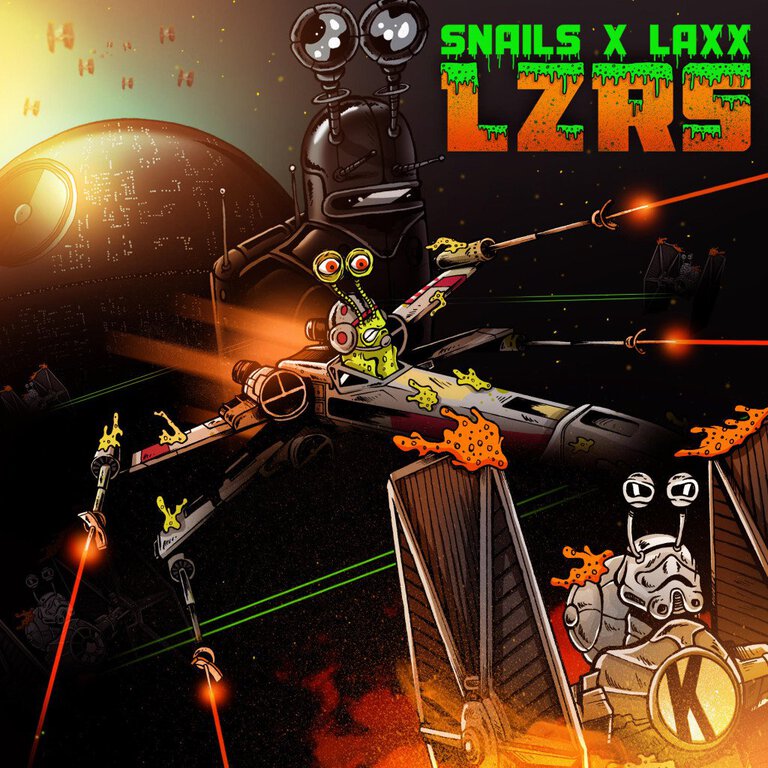 2015 was a big year for bass music luminary SNAILS. We witnessed him release massive hits such as the growling "Frogbass" and his 38-track mix titled "Snailed It Mix Vol. 3"  After kicking off his tour at the legendary Webster Hall in New York City, SNAILS has been steaming through the country selling out shows nationwide while on his headlining Enter Slugz City Tour. He's also secured a slot at both Coachella and Ultra this year.

SNAILS now drops off his collaborative track with UK artist LAXX called "LZRS." LAXX has had nothing less than a great past year as well and is now poised to embark on the Twonk Di Nation tour along side Brillz. The tune fittingly titled "LZRS" twines nuanced laser sounds within the otherworldly soundscape as the song perfectly aligns with the Star Wars themed cover artwork. Though several heavy hitters such as Datsik, Excision, and 12th Planet have been giving the song spins during their sets for the past few months, SNAILS and LAXX have finally given us the official release today. Enjoy!