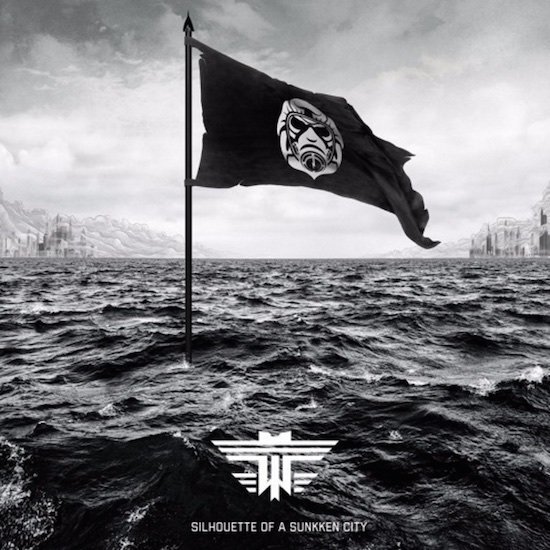 One of rap’s most enigmatic artists, Spark Master Tape, has finally returned with his third full-length project Silhouette Of A Sunkken City!

The mysteriously elusive artist raps from the perspective of a comic book villain type of character boasting a life of crime while using entirely pitched down vocals. After amassing a cult-like following in wake of his first two incredible mixtapes, he abruptly went rogue leaving fans anxiously awaiting any news. Now he’s finally returned and delivered some long-awaited new music. For those unfamiliar, check out our Spark Master Tape catch up guide.

Spark Master Tape's ambitious third project Silhouette Of A Sunkken City is his longest to date spanning 22 tracks, and once again delivers his dark aesthetic and distinct sound.

The booming production on Spark Master Tape’s music is equally as important to his sound as his rapping is, and this is very apparent on the new project. His sole producer and right-hand-man Paper Platoon delivers a cohesive sound throughout the album capturing both menacing and soulful moods with each track sounding different from the last.

Spark’s swaggy flows are gritty and compelling as he often teases short, frantic raps before going in hard on verses dropping in and out atop the frequent beat switches while rapping from the perspective of an ominous, sex & drug fueled rap persona.

While “Tenkkeys” is the project’s most complete and refined track, SOASC is entirely filled with must-hear songs including standout tracks “WAKKEBOI," "Livin' Lavish,” “Run Em Dry,” “Goin’ Robbin’” and “Swoup In The Whip” being just a handful of our favorites. Although this album bangs from start to finish, it’s not your typical listen… so gear up and get ready to be SWOUP’d.