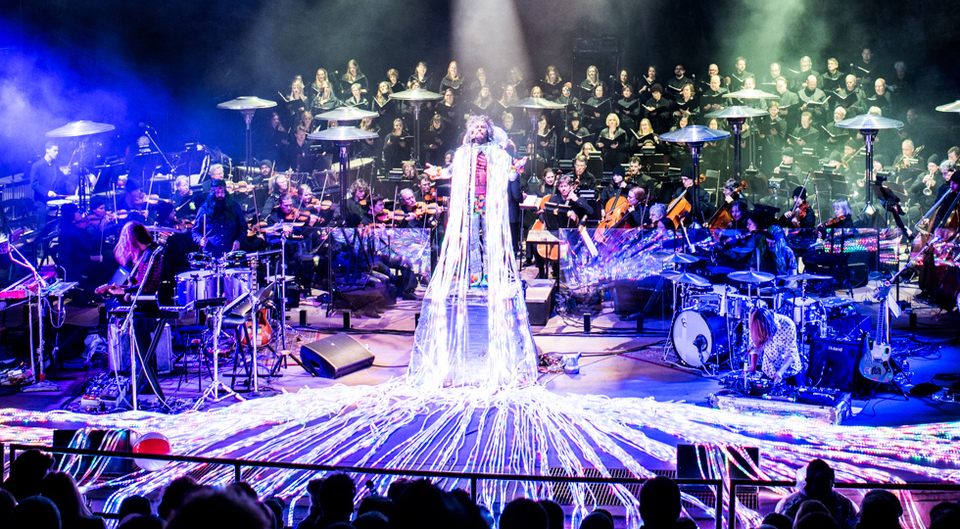 The Flaming Lips just dropped off their first ever live album today. This one is extra special to us, because not only are we fans of The Flaming Lips, but it comes from our hometown, landmark venue Red Rocks Amphitheater, in accompaniment with the Colorado Symphony (as well as André de Ridder).

This performance in fact took place back in 2016, when they were performing their 1999 album The Soft Bulletin in its entirety for this specific show. The album is officially titled The Soft Bulletin: Live At Red Rocks and we think it’s a must-listen.

The energy captured this in recording will teleport you to one of our favorite places in the world.

Check out the full live album from The Flaming Lips below and enjoy!