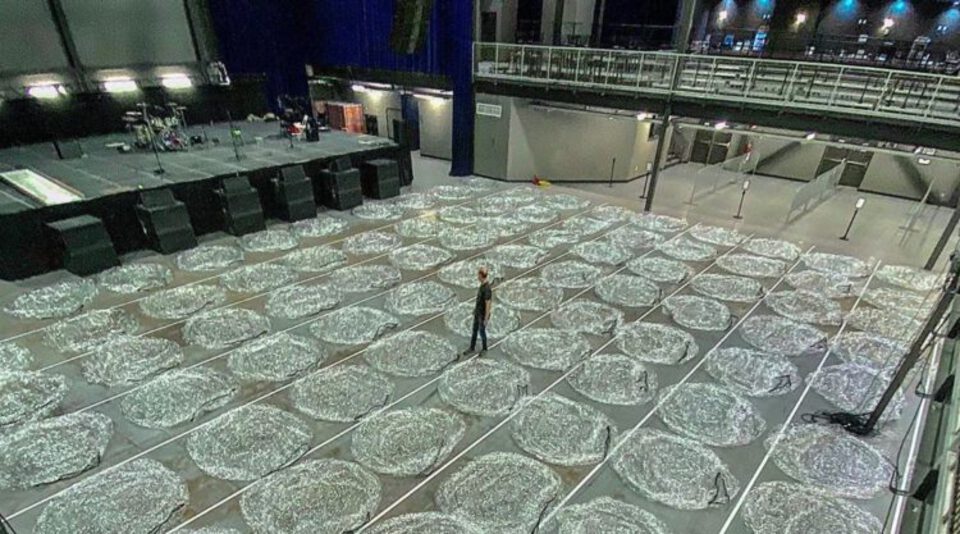 Leave it to Wayne Coyne and The Flaming Lips to come up with (and execute) an idea like this.

The Flaming Lips are planning to throw a show where the entire crowd is in their own inflatable plastic balls (called space bubbles). The band is already quite familiar with the concept of performing in these space balls, and even experimented with the crowd being in them when they performed on Stephen Colbert’s late night show this summer.

According to a series of Instagram posts from frontman Wayne Coyne, they’re now ready to take it to the next level. The plan is to fill a massive, 4000-capacity venue with these space bubbles, and have up to three people in each one. Even though the venue is huge, it will only be able to “hold a hundred space bubbles,” so there will be plenty of room, Wayne Coyne mentioned to Brooklyn Vegan.

The Flaming Lips want to be able to do two shows a night, but admitted they are still facing some challenges. “The part about playing in the bubble, we already have down,” Coyne told JamBase. “It’s how we get the crowd in and out without cross-contamination that we need to figure out, but they’re giving us a few weeks in this venue to figure it out.”

If they’re able to pull this off, perhaps it will trigger other bands and artists to consider a similar model. After all, all of us are just waiting to return to the days where we can go out and safely see live music.