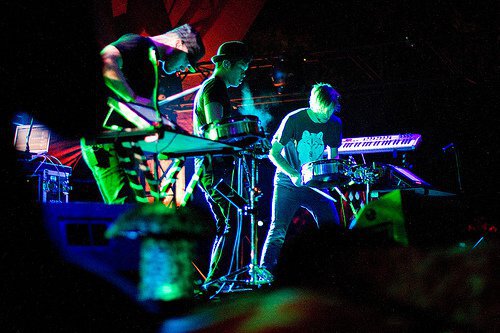 The Glitch Mob, a few of the kings in the American bass music sound, just dropped this sick new collaboration with rapper Theophilus London. Their music simply has a gangster rap vibe to it. It's meant to have some epic vocals, which they made clear with their Drink the Sea Party II Mixtape, chocked full of all sorts of vocals. Well this collaboration track was actually recorded back in 2009, and just now got released for download because of popular demand. I see why the demand was so great, Theophilus London kills the track really complimenting The Glitch Mob's style. Turn up the bass, enjoy!

Additional Listening by The Glitch Mob