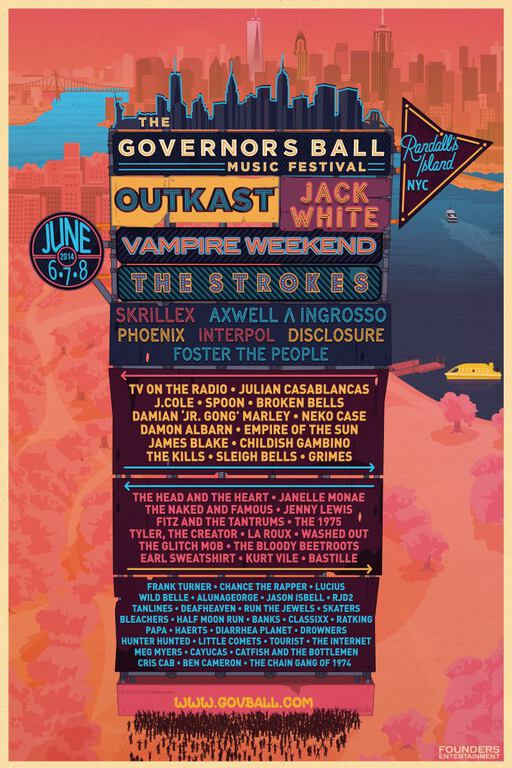 New York's premiere music festival taking place at the gorgeous Randall's Island, The Governors Ball is back for another year over June 6th – 8th and has released one of the most well balanced lineups to date. With headliners including the newly reunited Outkast, Jack White, Vampire Weekend, The Strokes, Skrillex, Axwell and Sebastian Ingrosso of Swedish House Mafia, Phoenix, Interpol, Disclosure and Foster the People, and these are only scratching the surface, this is another festival you should not miss out on.