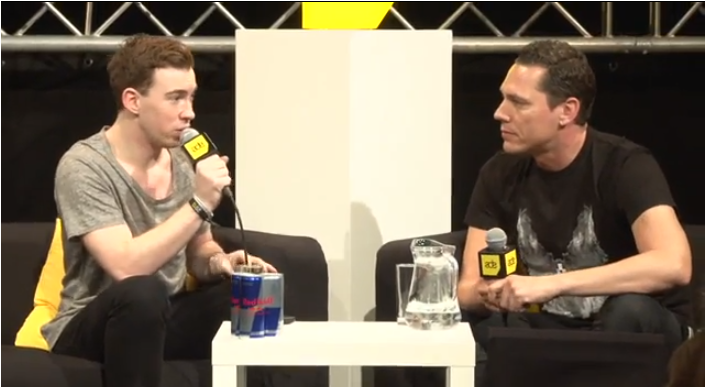 One of the highlights at this years ADE (Amsterdam Dance Event) was the worlds new #1 DJ Hardwell speaking with the legendary  Tiësto about his lifelong career, state of the electronic music community, and more in an informative yet fun interview. Tiësto sheds light on releasing his latest artist album in 2014 and following up his previous 2009 release Kaleidoscope, which was a pivotal shift in his production from Trance to House. Tiësto's newfound style derives from headlining massive festivals worldwide and being exposed to the progression of Big Room House and Trap music. This has allowed him to creatively fuse these genres into his own music. Tiësto also mentions being re-influenced by his older Trance sound from seeing so many amazing Trance acts play throughout the world since his last album release. He manages to let us know his next album is very different from anything in the past.

Tiësto interviewed by Hardwel at ADE 2013