Why Is ZHU Suddenly Showing Up On The Streets? 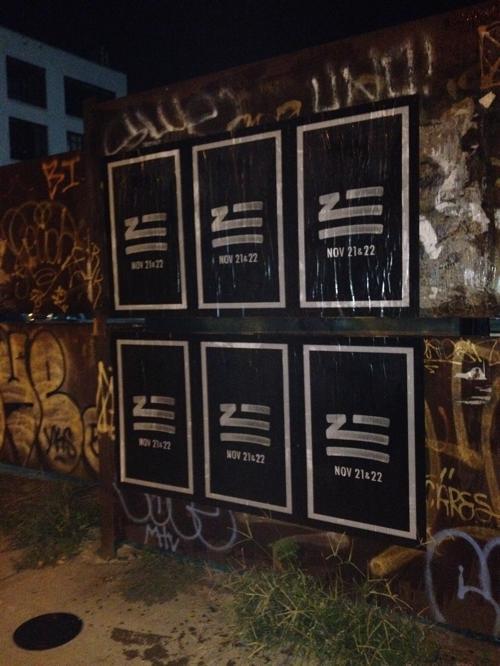 The pic on the left was taken on Thames & Vandervoot and on the right Wythe & 6 in NYC.

If you've followed our coverage on enigmatic producer ZHU since the release of "Faded" and "Moves Likes Miss Jackson" creations that didn't even bare the artists name, you know he doesn't do things exactly like everyone else. With a succesful Nightday EP and only a small run of high-profile live performances in Australia under his belt on the touring Listen Out festival (we covered the fan video), the buzz is high for ZHU's first set of headline shows following up his debut performance at HARD Day of the Dead later this month. Recently some interesting posters have begun surfacing in New York City that could indicate ZHU is making his appearance in the Big Apple soon.

A TSIS reader recognized the first poster on the corner of Thames & Vandervoot before snapping a photo and sending over to us. When we reached back out for more evidence, she sent us another photo of the same "Z" painted poster located on Wythe & 6th. While this certainly makes it evident that something is happening, we still can't be sure as to what. After all, ZHU remains unpredictable and shrouded in mystery. Could a new EP be on the horizon?

As you can see, ZHU's signature "Z" symbol is laid over a shot of the Brooklyn Bridge with two dates below November 21st and 22nd. Could this mark ZHU's first ever North American headline shows with the great city of New York being his intended destination? We believe so, and will be scouring the streets and internet for anymore info and will update this post as anything else comes in! As always, enjoy.