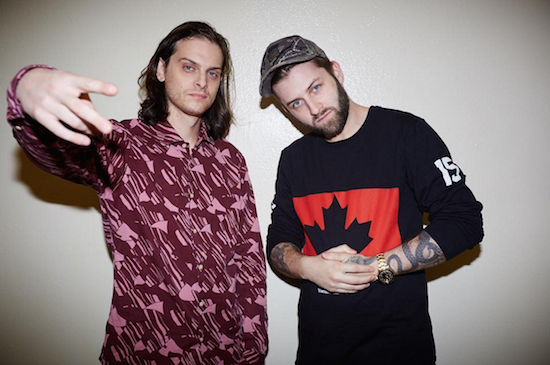 History has shown that we are in an evolutionary state within electronic music with many of our previously featured artists either making steps toward or wrapping up larger bodies of work. Having risen to international recognition, Canadian duo Zeds Dead have taken a break from a seemingly endless touring schedule to bunker down in the studio to work on a debut, full-length album.

Today, we are graced with the single "Back Home" off their forthcoming release and it puts the gent's prowess for creating bass fueled heaters up against the lyrical flow of hip-hop heavyweight Freddie Gibbs. The melodically, smooth production features a minimal trap and bass aesthetics that allow Freddie's charged up verses to compliment the composition perfectly. This tune is not a far cry from Zeds Dead's previous work with Omar LinX or Murs, but this is a rapper of a different caliber and they smashed the collaboration.

"So we've been in the studio every day working on new music for the album…In a lot of ways this has been 5 years in the making, We're taking our time to make it our absolute best and its close! One of the wild things we've realized in making this album and digging through our back catalogue is how much unheard music we've got on deck…and we want you to know, we're going to get it to you on the album and after and we can't wait for you to hear it, we want to just play it all for you now…we've been dropping some records in our sets so keep your ears open at our shows. Got some big announcements coming soon so stay tuned. Much love."

Along with the new original, Zeds Dead have announced the formation of their very own record label, Deadbeats, which will release the album later this year. Listen to the track below and stay tuned for more details as they become available. Enjoy.

Be sure to catch Zeds Dead at their annual Dead Rocks event on June 30th. Grab tickets here.