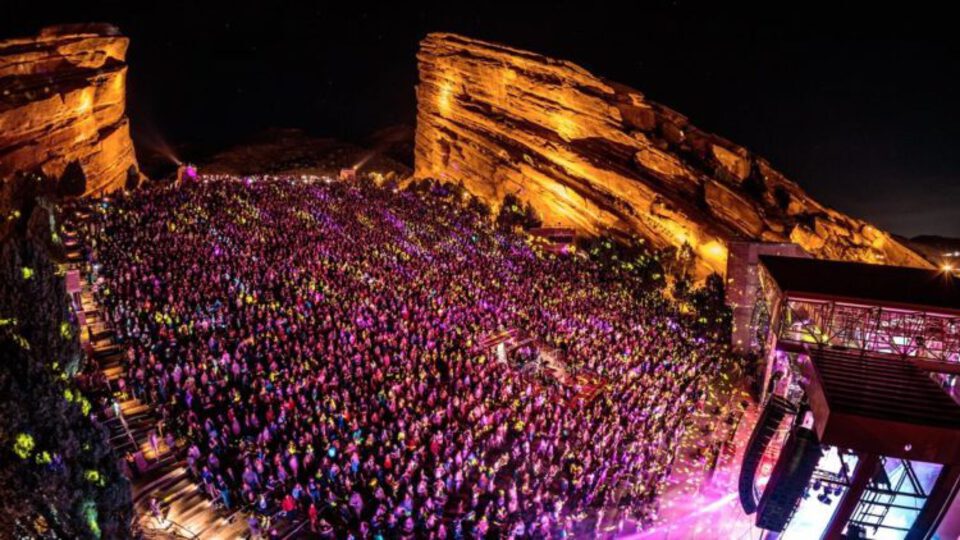 It’s looking like 2022 may be the first full calendar year that we don’t have any interruptions due to the pandemic. With that being the case, it’s time to take note of the best Red Rocks shows that are happening this year. There has been a flurry of announcements recently, so it’s not exactly easy to keep track of every show at Red Rocks.

With so many options, we’ve made a list that will help you make a plan, so you don’t miss any of the must-see shows. These are our top announced Red Rocks shows so far for 2022, sorted by date. Check it out below and start planning your return to our favorite venue of all time!

Starting as soon as April, the meat of Red Rocks season kicks in. And what’s a better way to get started than with back-to-back nights of Porter Robinson, who’s currently on his Nurture Live tour? In addition to headlining these shows, Porter will also be opening them both up with his progressive house/disco side project, Air To Earth.

While Boogie T might be one of our favorites when it comes to dubstep, he’s also appearing on this date with his live band, Boogie T.RiO, who are playing an opening sunset set. After them, we’ll get sets from Minnesota and SoDown to transition into the heavier stuff before Boogie T takes the stage for his headlining slot.

If you’re looking for house music, this is the show for you. Gorgon City are house all-stars in their own right, but they’re also joined by industry veterans Damian Lazarus and Totally Enormous Extinct Dinosaurs, as well as the quickly rising piano house act LP Giobbi.

This one is extra special, as EDM war-horse NGHTMRE is set to debut his first ever album show. What’s a better place for such a spectacle than Red Rocks? 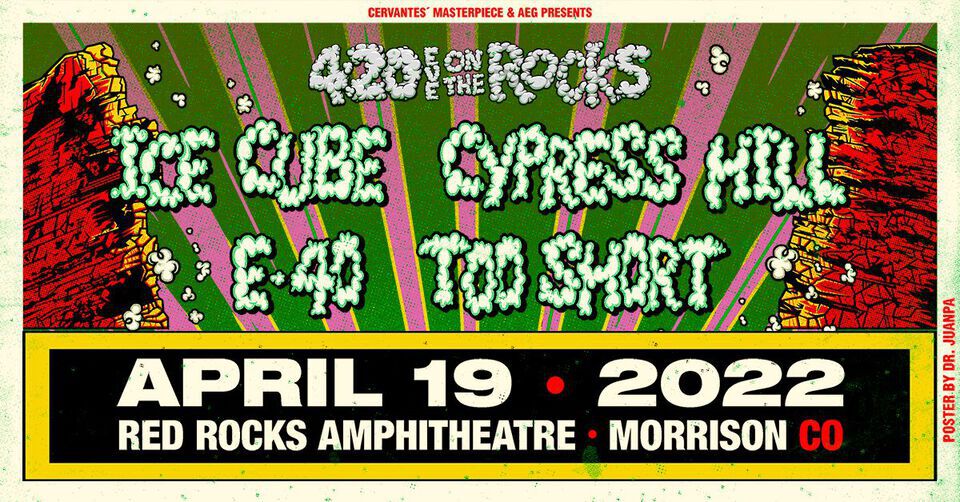 Of the three separate 420-inspired hip-hop shows this year, Ice Cube and Cypress Hill take the cake, as their performances are few and far between. Not to mention they’re joined by two Bay Area legends, E-40 and Too Short.

After a debut album release like FRACTALS, how could you not see Subtronics throw it down at Red Rocks? This one is shaping up to be one of the best nights of bass music on the Rocks, with Rusko, Yheti, G-Space b2b Tiedye Ky, and more.

This one is for the headbangers. Global Dub has been one of the premiere bass music events at Red Rocks since we can remember, and this year they’re bringing PEEKABOO, Dirty Monkey, ATLiens, Buku b2b Esseks, and more.

To keep things fresh, we recommend checking out easily one of the most exciting names in pop music right now, Rex Orange County. The UK-based act has been blowing up over the past couple of years, and you may know him from one of his many collabs with Tyler, The Creator, if not for his own music.

2022 will mark the 7th consecutive time that Chromeo brings Funk on the Rocks to Colorado. Along with Chromeo’s own funktacular sound, they always bring a co-headliner, and this time it’s Purple Disco Machine. With supporting acts like Blue De Tiger and Jim-E Stack, this is proving to be a great night of music.

We can’t think of a better co-headlining pairing than Jai Wolf and San Holo. Both have such wholesome sounds when it comes to electronic music, and have released great albums in the past couple of years. Manila Kill and Tsu Nami are two acts that are definitely worth seeing as well, so make sure to get there early for this one. 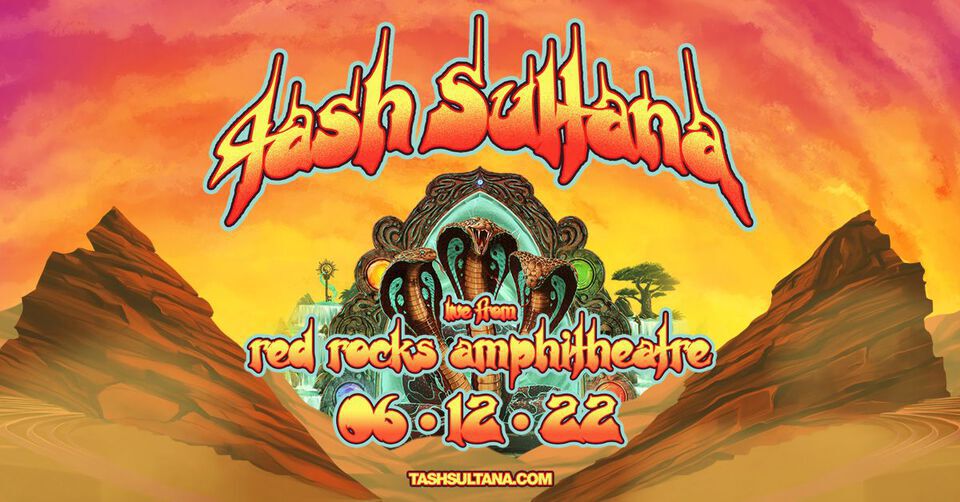 If you’re like us, you’ve been itching to hear what Tash Sultana’s 2021 album Terra Firma sounds like live. This is easily one of our most anticipated shows of the season this year.

This one has been a long time coming. Since the cancellation of the Glass Animals shows in 2020 and 2021, the UK outfit finally gets to perform their 2020 album Dreamland.

Seven Lions has been creating supercharged, emotional electronic music for as long as he’s been around, and he’s ready to unleash it this summer for what should be a scorcher of a show at Red Rocks.

One of the most groundbreaking acts in electronic music history is coming to Red Rocks to perform for the 50th anniversary (yes, 50th). After recently being inducted to the Rock & Roll Hall of Fame, this is perhaps the last chance to see these guys do their thing (and in 3-D).

Every year, DeadRocks is definitely one of the most sought-after Red Rocks shows in the state of Colorado. While support isn’t announced just yet, you can count on them to bring an army of DeadBeats mainstays.

Another Colorado favorite, STS9 will return to Red Rocks in 2022 for two nights of electronica-infused jams. They’ll also be returning to the refurbished Levitt Pavilion, where they previously played one of their famous Axe The Cables sets.

There are few musicians alive today who have the creative songwriting abilities as Trent Reznor. Reznor recently announced the first Nine Inch Nails tour in a minute, and Colorado is lucky enough to get not one but two stops on that tour. 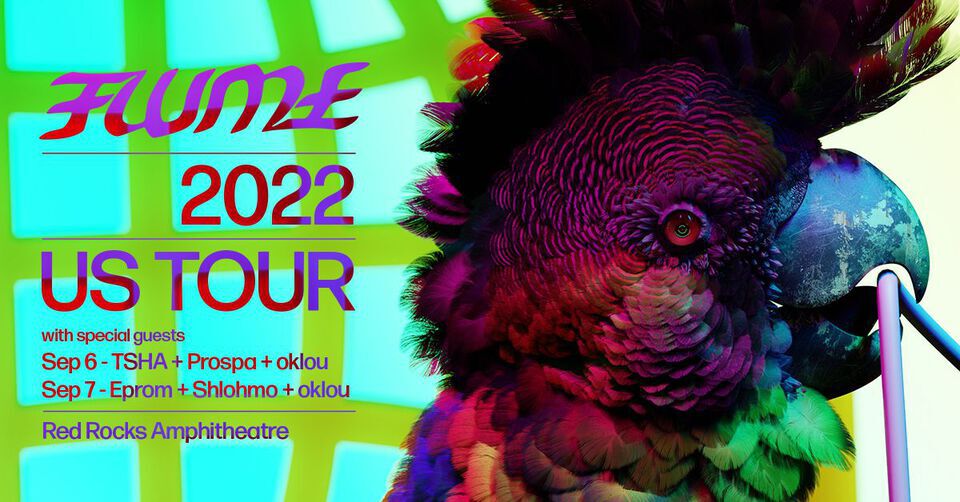 Perhaps one of the most anticipated Red Rocks shows of the entire year, Flume is set to return for two nights at the Rocks to perform his upcoming album, Palaces. If that wasn’t enough, opening acts like TSHA, Prospa, Eprom, and Shlohmo should seal the deal.

Witness improvisational mastery with Marc Rebillet making his Red Rocks debut, the only show of his tour that he’s announced so far in North America for 2022.