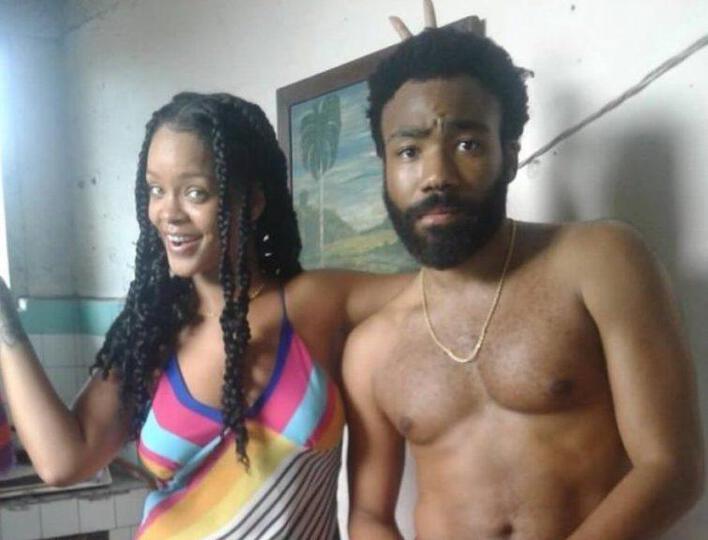 Donald Glover’s next Childish Gambino endeavor is just around the corner. If you’ve been on Spotify recently, you may have noticed ads running for something called Guava Island, featuring Glover singing over some acoustic guitar. There’s a bunch of mystery surrounding the project, but here’s what we know so far.

A Trailer for a Guava Island film first appeared during the Childish Gambino PHAROS event in New Zealand last November. The film stars Rihanna and Glover and was directed by Hiro Murai. If the name Hiro Murai looks familiar, it’s because he’s the visionary director behind Donald Glover’s Atlanta and has worked alongside Glover on various music videos over the years. Additionally, both Glover and Rihanna were spotted in Cuba last year filing what seems to be Guava Island. According to Vanity Fair, “Black Panther’s Letitia Wright and actor Nonso Anozie were also on board to appear in the project.”

Fan footage from the trailer surfaced online and can be seen below.

We’d be surprised if this was simply a new film considering Spotify is on board. It seems like either Guava Island is a film accompanied by a new musical project, or even a full blown visual album on its own. Complex and Crack Magazine pointed out that Glover’s collaborator, cinematographer Christian Sprenger, listed Guava as a visual album on his resume. A full album to go along with the film would be epic, and seems like something that’s entirely possible.

The Spotify ad mentions the date April 13, which is the day Childish Gambino performs at Coachella’s first weekend. The Spotify ad clicks through to the Rap Caviar playlist, which is marked as being presented by Guava Island. Maybe the film with available there as well? Hopefully at least some new music. We’re not sure but definitely be on your toes on the 13th as it seems very likely he’ll be debuting whatever he’s been working on at Coachella. He’s heard saying “I’ll see you at the show, everyone” over the short song snippet featuring acoustic guitar and singing that’s popped up as an ad.

Rap Up pointed out that just a couple months ago, Glover’s engineer teased that “something big” is coming, so it does seem that either a big new music project is accompanying the film, or it’s a new visual album.

It’s also worth noting that RÜFÜS DÜ SOL is debuting their own short film at Coachella that weekend, and they’re using a very similar dome that Childish used for his amazing PHAROS performances. It’s quite possible that Childish will utilizing that to debut the film and or visual album – whatever he has planned. Complex is even speculating that Tame Impala might be involved due to their connection with Rihanna and the fact they are headlining Coachella the 13th.

Whatever is going down, all signs point to something big regarding Guava Island. Considering Atlanta was delayed a couple months ago, this should certainly tide us over. We’ll just have to wait and see what comes of it. Stay tuned and enjoy!

that Guava Island ad on Spotify is definitely real. reddit has all the tea pic.twitter.com/eFrOs1hw9y