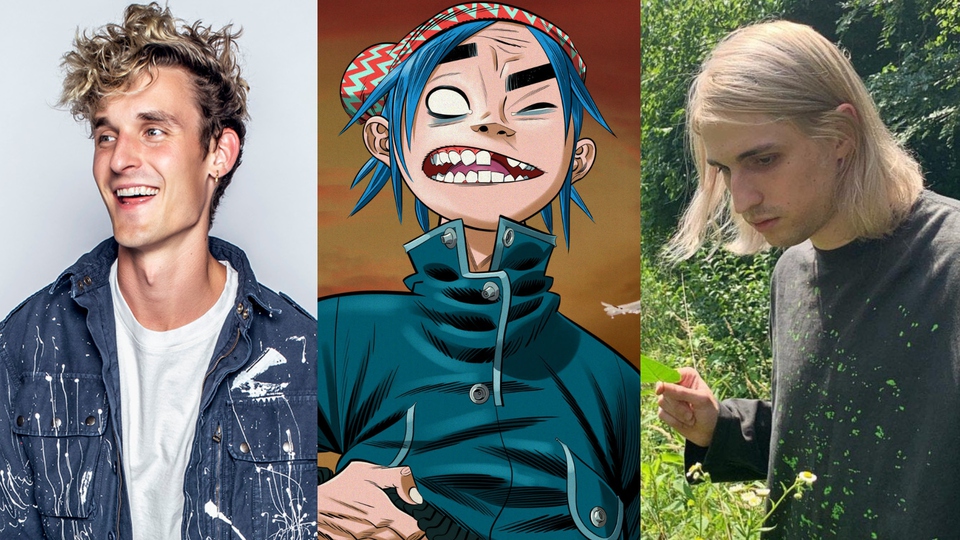 It’s hard to imagine it’s gone by this quickly, but 2020 is already approaching its final quarter. Regardless of the extremely turbulent times, there has still been a ton of new music that has come out, and there’s still plenty more to come.

With projects on the way from the likes of GRiZ, Porter Robinson, Gorillaz, Joey Bada$$, and ZHU, we have whole heap of good music to look forward to. We went and looked up who exactly had announced albums for the remainder of this year, and compiled them into a list. Some our dropping as soon as this week, with others still mostly shrouded in mystery.

As we approach the final stretch of 2020, here are 20 the albums we’re most looking forward to hearing before the year wraps up.

The Flaming Lips never seem to stop making music. And for that, we’re thankful. Their sixteenth studio album American Head is due to be released this week on September 11. Frontman Wayne Coyne said that the interview was inspired by the life and travels of a young Tom Petty, a nostalgic album about longing for home while being on the road. We’re eager to see what American Head brings.

Joji will be releasing his sophomore album, Nectar, on 88rising in just a couple weeks. After channeling a very melancholy sound on most of BALLADS 1, we’re very eager to see the direction he takes for this one. He’s already released “Breathe” and “Daylight,” with Diplo.

As we mentioned in our coverage of the lead single “GoldenEye”, Action Bronson STAYS working in the studio. Now, in the wake of the single drop, he’s announced a new full-length album Only For Dolphins. According to Bronson, it’ meant to be a tribute to dolphins and their overall intelligence, and the fact that Bronson believes they operate on the same wavelength as he does (but of course). With production credits from the likes of Alchemist, Budgie, Samiyam, Daringer, and Bronson himself, this one is sure to be a strong follow up to 2018’s White Bronco.

In conjunction with the release of their newest single “Walk the Line” Bristol-based duo Jadu Heart also announced that they’ll be dropping their second album Hyper Romance on September 25th. Set to be a further exploration of their unique blend of raw, energetic psych-rock mixed with sonic healing, we’re excited to see how their songwriting prowess has expanded since their last release.

Indie folk idol Sufjan Stevens is releasing his first album in five years on September 25, The Ascension. Stevens has kept busy over the past few years working on various projects like the exquisite Call Me By Your Name soundtrack and the score for 2017 ballet The Decalogue. One single, “America,” has been released so far from of The Ascension and it is brilliant, in its own melancholic blissful way. Stevens’ heavenly vocals on “America” make us look forward to his latest even more.

ford. – The Color Of Nothing
Release date: October 16

ford. is gearing up to release his sophomore album, and it’s a return to ODESZA’s tastemaking label, Foreign Family Collective. We’ve already gotten a taste of it with singles such as the title track and “Hold On”.  The Color Of Nothing is due out on October 16.

After months of Gorillaz dropping off singles from a mysterious project called Song Machine, we finally have a release date. The project, now fully titled Song Machine: Season 1 – Strange Timez, is out October 23. Each track stars a different guest feature, and they’ve enlisted some of the best: Beck, Elton John, The Cure, and ScHoolboy Q to name a few…

Kasbo – The Making Of A Paracosm
Release Date: October 23

Another one coming off Foreign Family Collective, Kasbo’s sophomore effort, The Making Of A Paracosm is one we’re very much looking forward to. The two singles “Play Pretend” and “Show You” have captivated us with a fresh new sound from the unique Swedish talent.

John Frusciante, the former (and now current) guitarist of the Red Hot Chili Peppers, has been releasing solo electronic music under the name Trickfinger. This time, in honor of his late cate, Maya, John will be releasing the album under his own name. It’s an experimental, IDM sound that you can get a preview of with the lead single, “Amethblowl.”

Instead of releasing albums, Malaa chooses to drop mixtapes. He announced the volume three of his Illegal Mixtape series back in June with the drop of the banger “DON’T TALK.” Still no release date on this one, but with all the music he’s releasing recently, it’s probably right around the corner.

GRiZ announced recently that he had finished completing Chasing The Golden Hour Pt. 3, his project focused on the perfect sunset vibe. We’re big fans of parts one and two, so knowing that he is sitting on this one, we’re hoping he decided to drop it before the end of the year.

While the release of J.Cole’s latest album The Fall Off is still up in the air, he has treated fans to two new tracks off of his upcoming project. Infectious track “Lion King On Ice” accompanied by old-school vibe “The Climb Back,” both released in July, have had J Cole fans everywhere hungry for more. The rapper said he wanted to “take his time” with The Fall Off, which is why there is no official release date yet.

Alicia Keys has already had quite the year. With the release of her inspirational smash hit “Underdog” earlier this year, Alicia has unsurprisingly managed to make her superstardom span decades. Her seventh studio album, ‘Alicia,’ is slated for release sometime in 2020. While we don’t have an official release date yet, we’re looking forward to what this icon will deliver next.

Despite championing a record label focusing on a unique sound for the past few years, Tchami has yet to release an album. That’s coming to a close soon, however, with the drop of his debut album titled YEAR ZERO. This one was announced in late May, however a release date has yet to be finalized. You can check out the handful singles released from the project, here and here.

The highly-anticipated follow up to Porter Robinson’s 2014 Worlds project is finally happening this year. The project is called nurture, and we’ve already been gifted three singles from the project so far. There was a slight delay with the project, but Porter has already continued the rollout, so it could arrive any day now.

RHCP recently announced that John Frusciante was returning on the next Red Hot Chili Peppers album, and we’ve been at the edge of our seats ever since. Frusciante was instrumental for some of their best work. No further details have been announced since, but it’s been a solid nine months since. They’re due.

At the beginning of 2020, ZHU announced that he had an album that he was aiming to drop by the end of the year. With all the new music and merch that he’s been putting out recently, we have no reason to doubt that it’s coming soon.

It’s been a few years since Phoenix’s 2017 album Te Amo, but with the release of a new single last month, and subsequent information coming out via both their own social channels as well as other news outlets, it looks like a new release from the beloved indie-pop outfit is imminent. Ever since their 2009 album Wolfgang Amadeus Phoenix dominated our listening rotation, we’ve been waiting with baited breath every time new material is announced. And thankfully, now it looks like our latest wait is almost over.

Joey made a triumphant return recently with the release of The Light Pack, three brand new tracks that show Joey at his finest yet. Joey confirmed an album on the way when he tweeted: “Wow, this is really my best album.” No release date announced yet.

In May, BROCKHAMPTON delivered two new singles, and even announced the release of not one, but two new albums during a private livestream. The singles, however, have since been removed from YouTube, so we can’t be sure what’s to come of the albums. Their socials have been quiet since then, but we’re hoping Kevin Abstract stays true to his word!